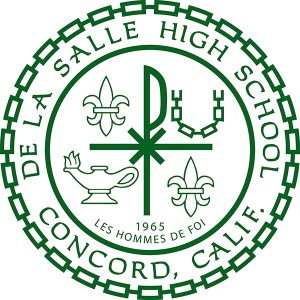 In an effort to serve the underserved and break the cycle of poverty, De La Salle High School in Concord, CA, will open a middle school for low-income students for the 2014-2015 school year. De La Salle Academy, a division of the high school, will be a Miguel model school serving fifth through eighth graders and have its own campus in Concord.

In announcing the new school, De La Salle High School’s President Mark DeMarco called it, “a middle school that will provide high-quality, Catholic, Lasallian education to students from low-income families, and will prepare them at an early age to succeed in high school, college, and beyond.”

A generous donation from Kenneth H. Hofmann will fund De La Salle Academy for the first five years. Admission will be only for boys whose families live at less than 185 percent of the federal poverty level. Parents will pay some portion of their student’s costs, on a sliding scale, as part of the “parental buy-in” that is a crucial component of the Miguel model, but the school will not be tuition-driven.

De La Salle Academy’s principal will be Marilyn Paquette, an administrator who brings 15 years of experience in Lasallian education, including experience as a Lasallian Volunteer teaching at The San Miguel School of Providence in Rhode Island, which was the first of the Lasallian Miguel model schools. She is an alumna of Saint Mary’s College of California in Moraga, and she has served as a faculty member at Sacred Heart Cathedral Preparatory in San Francisco and as the director of Lasallian Student Programs for the District of San Francisco. She is currently dean of women at Justin-Siena High School in Napa, CA. Paquette will begin her service as principal July 1.

“The opportunity to serve and lead in this expansion of De La Salle High School’s Lasallian ministry is something I feel called to,” Paquette said. “I believe that my knowledge of, and experience in, a San Miguel school, my experience as a Lasallian Volunteer, and the network of Lasallian educators I have relationships with will all be invaluable in forming this new ministry.”

The projected first-year enrollment is 15 students in fifth grade and 15 in sixth grade, with an eventual enrollment of 60 students in grades five through eight.

Read the story in the Contra Costa Times >