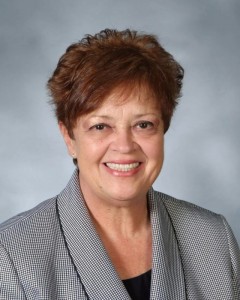 De La Salle Institute in Chicago, Illinois, has chosen Diane Brown as its principal effective July 1, 2016. Brown served as the interim principal of both De La Salle campuses during the 2015-2016 academic year.

“We are excited and honored that Diane will be our principal,” De La Salle President Fr. Paul Novak, OSM, said. “Diane has spent nearly 30 years in a variety of roles at De La Salle and she has excelled in everything she has done.”

Brown has served in a number of roles since she joined De La Salle in 1987, including as an English teacher, English department chairperson, dean of the language arts division, associate principal for academics at the Lourdes Hall Campus, and principal at the Lourdes Hall Campus. She has also served as moderator and advisor to various extracurricular clubs and activities.

Additionally, Brown is a graduate of the Lasallian Leadership Institute, a former program of Christian Brothers Conference, and is currently a candidate for a doctoral degree in educational leadership for teaching and learning through Lewis University in Romeoville, Illinois.