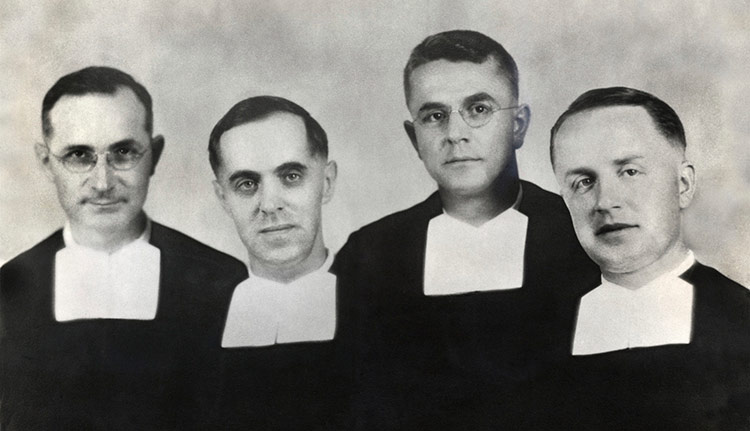 Lasallians are celebrating 80 years since the first Brothers arrived in Hakodate, Japan on October 22, 1932. Four Brothers traveled from Montreal to open a Catholic school in northern Japan, but that plan did not come to fruition until many years later because of many factors, including the war. After the war, the Brothers actively pursued their mission and opened an orphanage in Sendai in 1948, a school in south Japan in 1950, and a Brothers’ house in Tokyo with an attached dorm for university students. The Hakodate school finally opened in 1960.

Events planned to celebrate the 80th anniversary include translating two books into Japanese written by Canadian Brothers on Lasallian history in Japan, reprinting a booklet written about the ﬁrst years of the Brothers in Japan, compiling a directory of Brothers who have served in Japan, and a special ceremony for the inclusion of ashes of the ﬁrst four Brothers into the La Salle Brothers’ tomb and monument at the Hakodate cemetery.