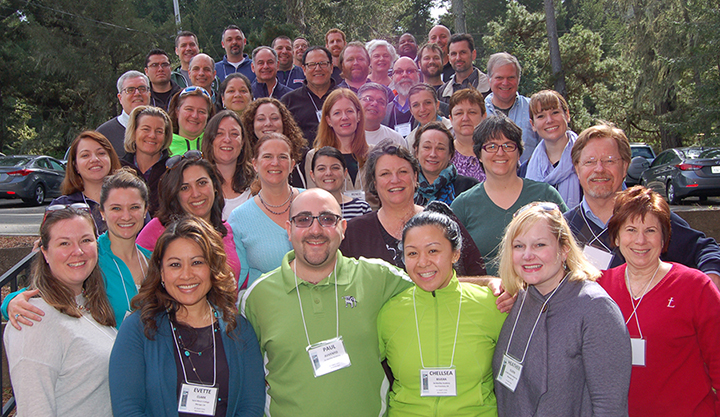 The Brother John Johnston Institute of Contemporary Lasallian Practice, a new Regional formation program, is underway. The program focuses on our Lasallian heritage in light of contemporary realities and kicked off with the West Coast gathering March 6 – 9. The inaugural Midwest gathering takes places March 13 – 16, and the East Coast gathering is March 20 – 23.

Scott Drain, Guidance Counselor and Service Learning Coordinator at De La Salle High School in Concord, CA, and one of the 38 participants in the West Coast session, was fascinated by learning the history of the Founder and the mission, and connecting his work to it.

“It wasn’t until one of the last presentations that it dawned on me – in some small way, this was my genealogy. This was a study of my ancestors,” he wrote. “To now be doing this work alongside women and men around the world who share the same history and are grounded in the same Lasallian values – it’s just humbling and beautiful and inspiring, all at the same time.”

The Johnston Institute uses contemporary texts to engage participants in reflection and discussion along the themes of Lasallian Story and Vision; Lasallian Educational Service to the Poor and the Promotion of Justice; and Lasallian Spirituality, Vocation, and Association. The Johnston Institute is conducted on a two-year cycle, from March 2014 through March 2016. It consists of five in-person gatherings (three by District; two Regionally) and four online sessions. 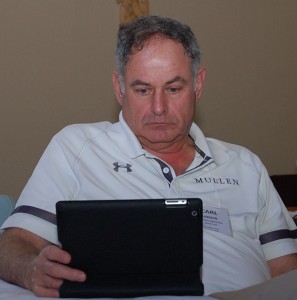 Carl Unrein, President of Mullen High School in Denver, CO, shared what he took away from this first session of the Johnston Institute. “That we truly have been called and that our work as Lasallians is God’s work,” he wrote. “We are here for a reason and the initial session helped shape our understanding of why we are in our ministries.”