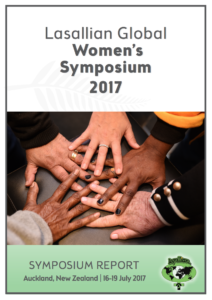 The final report of the Lasallian Global Women’s Symposium, which took place July 16-19, 2017, in Auckland, New Zealand, is now available.