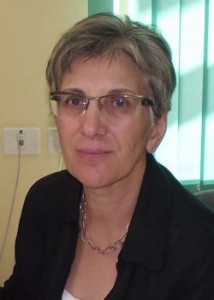 Bethlehem University in Palestine has appointed Dr. Irene Hazou Vice President for Academic Affairs effective August 17 marking the first time in the University’s history that a woman and a Palestinian has held this leadership role.

Dr. Hazou, a 1977 graduate of Bethlehem University’s first class, now holds the highest academic position at Bethlehem University. She has served since 2002 at Bethlehem as the Assistant Vice President for Academic Affairs. She first joined Bethlehem’s faculty as an instructor from 1980-82 and returned as an assistant professor in 1986, after completing her Ph.D. in Mathematics from Oregon State University. She was promoted to associate professor in 2010 and continues to teach in the Mathematics Department. She also holds a Master of Science from Oregon State University.