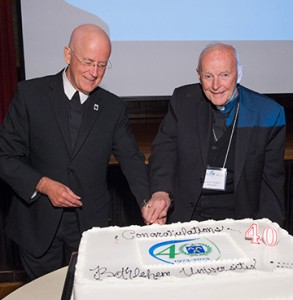 Bethlehem University celebrated its 40th anniversary with events in Chicago, IL, and Washington, DC, gathering academic and church leaders, dignitaries, alumni, and friends. Established in 1973 as the first university in Palestine and only Catholic university in the Holy Land, the university began with 112 students and 17 faculty members. Today it has a student body of more than 3,000 with upwards of 14,000 graduates around the world.

Read the story >
See the pictures > 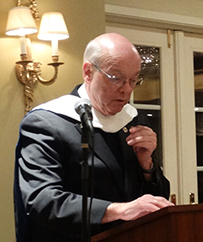 Another celebration dinner was held in Chicago, IL, on Friday, Nov. 1, where a Doctorate in Humanities was also presented to Brother James Gaffney, FSC, to honor his inspiring leadership and support. Bro. James has served as president of Lewis University in Romeoville, IL, for the past 25 years.

Read the story >
See the pictures >

Money raised through these two events will be used to support the purchase of the Mount David Property, a piece of land in Bethlehem that will increase the current campus size of Bethlehem University by one-third.