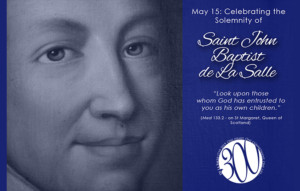 Each year, the global Lasallian family celebrates the Memorial of Saint John Baptist de La Salle, also called Founder’s Day, on May 15. This year, celebrations honoring the patron saint of teachers included several announcements that look ahead to 2019, the Year of Lasallian Vocations, when we mark the 300th anniversary of Saint La Salle’s entry into eternal life.

In honor of the anniversary year, the Institute of the Brothers of the Christian Schools has announced that the Holy See has declared 2019 a Jubilee Year. A Jubilee Year offers the opportunity to express our faith through concrete actions in favor of those most in need. In a letter, Brother Superior General Robert Schieler, FSC, invited Lasallians to celebrate the jubilee through practical acts of kindness and service to young people yearning for mercy and compassion. Read the letter >

Brother Robert also released a Founder’s Day letter, in which he writes about preparing the next generation of Lasallians. He encourages Lasallians to honor the Founder by emulating his love of prayer and meditation and placing ourselves in God’s presence. Read the letter > 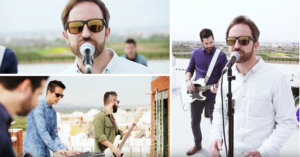 “One Heart, One Commitment, One Life” video. Courtesy Institute of the Brothers of the Christian Schools YouTube

The Institute also released a video in anticipation of the year. Entitled “One Heart, One Commitment, One Life,” which is the theme of the Year of Lasallian Vocations, the song provides excitement and enthusiasm around this upcoming anniversary. It features lyrics in three languages and includes Lasallians of all ages, cultures and backgrounds. Watch the video >