Saint Mary’s Press in Winona, Minnesota, has released Going, Going, Gone! The Dynamics of Disaffiliation in Young Catholics. The two-year national study, done in collaboration with the Center for Applied Research in the Apostolate (CARA) at Georgetown University, examines why young people are leaving the Catholic Church and shares their reasons in their own voices.

“This study was all about young people telling their stories of why they left the church in their own words, uncensored and unfiltered,” said John Vitek, president and CEO of Saint Mary’s Press and co-author of the report. “Some of what was said by youth about the Catholic Church is disturbing and unpleasant, but it’s critical for church leaders to hear it without casting blame or trying to explain it away.”

To release the study and start a discussion, Saint Mary’s Press hosted a symposium January 16-18, 2018, at the Maritime Conference Center near Baltimore, Maryland. It started with a discussion about the findings that included more than 200 people. Two days of discussion with nearly 65 national leaders in the Catholic Church followed the symposium. A number of Lasallians were among attendees, including three students from Calvert Hall College High School in Baltimore, Maryland, who were present at the opening discussion. 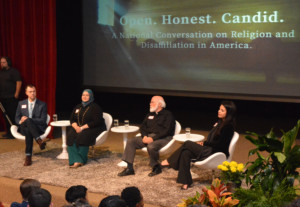 Listen to a recording of the discussion on Minnesota Public Radio >

Matthew Mathai, a Calvert Hall senior and peer minister, attended the event to hear other perspectives and help him on his faith journey. He could relate to what he was hearing.

“When I was 13, I was making those questions,” Mathai said. “I was questioning, ‘What is this? What am I supposed to believe in? What is the purpose of life?’ And I think the biggest thing was that I was the one who took that initiative. And sometimes it’s not necessarily only on the parents, it’s also the Church meeting me half way. In my scenario, I met the Church half way. I was curious. I reached out, and my pastors and the Church opened me up with loving arms. And it was through the Church, and mainly through me, that I was able to find my way.”

Brother Timothy Coldwell, FSC, General Councilor for the Lasallian Region of North America, gave the closing address, in which he reflected on the days of discussion through the lens of Saint John Baptist de La Salle. He spoke about darkness and how students need educators to walk with them in their darkness. 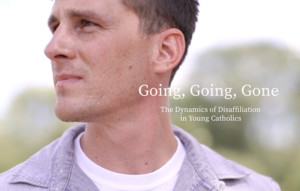 “The darkness, as we have heard these days, is doubt, unknowing, hurt, disaffection, sometimes demons, always mystery,” Brother Timothy said. “In Lasallian communities, we walk with the young person. We offer a trusted space where there’s conversation free of judgment, free of imposition, even free of answers. We accompany.”

Lasallian educators who attended the three-day event are taking the messages they heard back to their ministries.

“Given our emphasis in Lasallian education on mentoring students, inspiring them to make a difference in the world, and accompanying them as they grow in faith, this research on disaffiliation is timely and critical,” said Dr. Kurt Schackmuth, who serves as vice president for mission and interim associate provost for academic affairs at Lewis University in Romeoville, Illinois, and chair of the Lasallian Education Council. “I applaud Saint Mary’s Press for their efforts to ignite a national conversation about the stories of young people and encouraging us all to better understand how we, as educators, parents, church leaders, and pastoral ministers can do a better job of listening and being present to them.”

Vitek hopes the Church can embrace and seriously reflect upon the stories shared in a way that will help develop meaningful solutions to keep young people engaged. 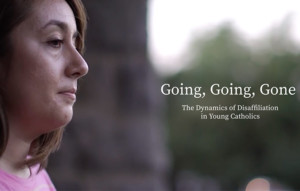 “To take seriously Circular 470’s call to bring our religious discourse to the public square will require great courage and commitment to open, honest and candid conversations like the one we had in Baltimore,” Vitek said. “It will require letting go of our belief that we need to control the message and instead, trust in the grace that flows from authenticity, respect and honor the stories of people’s lives.”

Saint Mary’s Press offers more information on the study’s findings along with videos of young people sharing their stories on the Saint Mary’s Press Catholic Research Group website. The upcoming spring issue of De La Salle Today will feature more on this study and its relevance to the Lasallian mission.