Huether Day 2: Igniting the Fire Within

A powerful keynote address set the stage for an inspirational and insightful day at the 2019 Huether Lasallian Conference as attendees explored the theme “Living the Lasallian Mission: Celebrating with Zeal.” 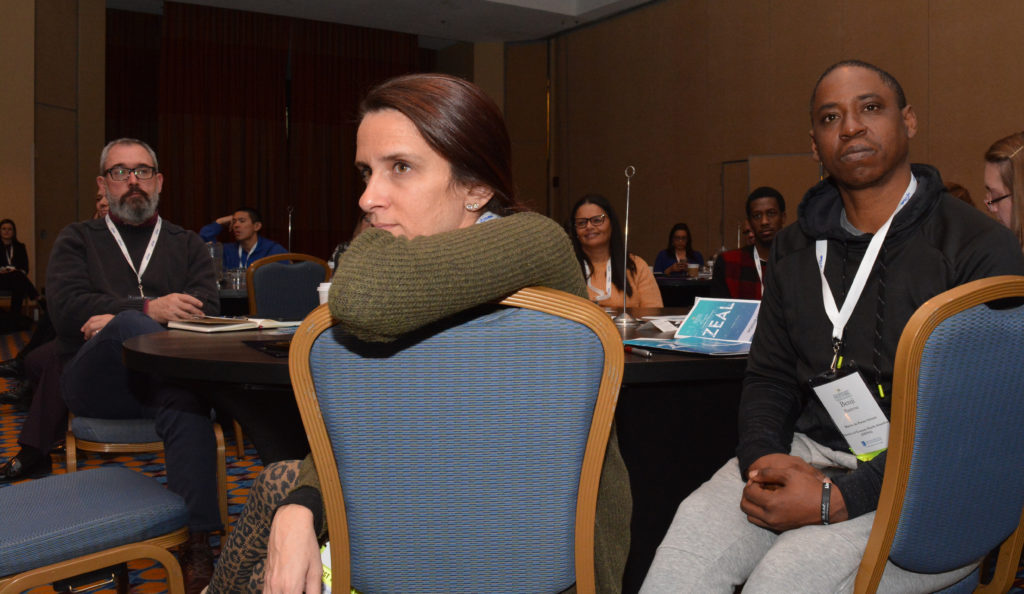 John Donahue-Grossman, inspirational storyteller, encouraged Lasallians to be “positively dangerous” against ignorance and hatred and do things they have never done before. He stressed the importance of bringing down walls and getting to know each other’s stories. He also talked about zeal, saying it shines through brokenness and pushes back the boundaries of what’s possible.

Alisa Rogers and Melissa Bauer, first-time Huether attendees who teach religion at Cretin-Derham Hall in St. Paul, Minnesota, could relate to the messages Donahue-Grossman shared and how the messages relate to the Lasallian mission.

“I thought that it was really appropriate for 2019 and for the world that we’re living in now,” shared Rogers. “In my experience of teaching in other Catholic schools, there is a tendency to build these fences and I think that that leads to making schools not be that welcoming second home that they should be. I think that having this Lasallian mindset, the mindset that he brought, is really what makes these schools special places for all kids to attend.”

“I love framing it within that Lasallian mindset,” added Bauer. “We were talking earlier about the richness of that tradition and heritage that we always have to draw from and look back on, and I think grounding some of these conversations around building connections and developing that desire and grounding that in that Lasallian message and makes it so much easier to figure out how to put that in action.” 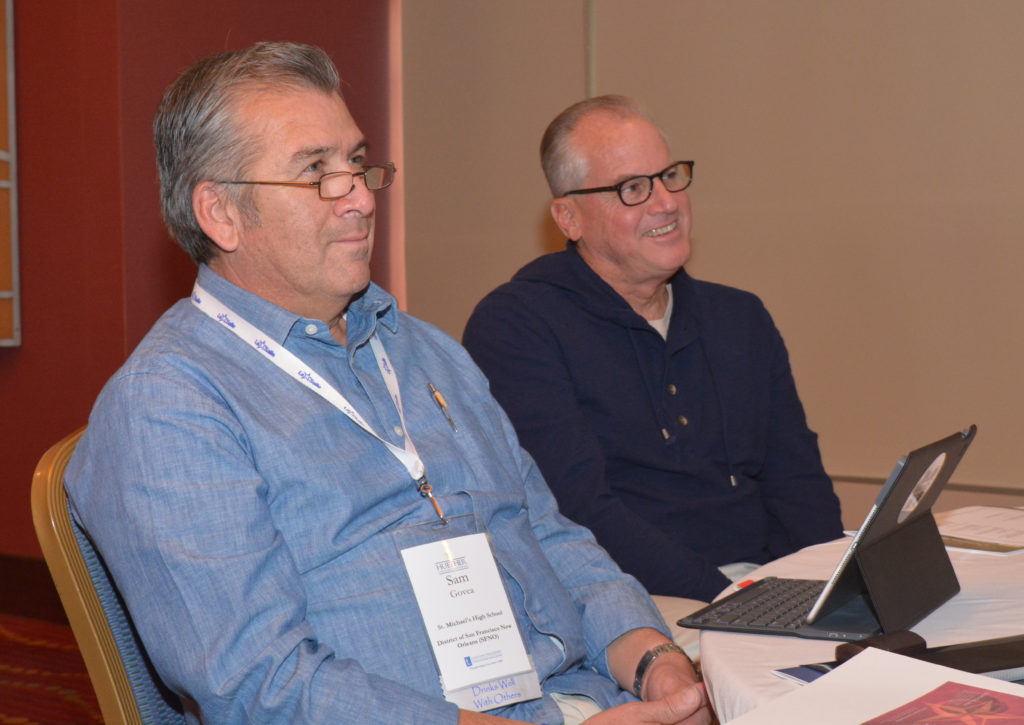 Following the keynote address, Huether participants attended two rounds of breakout sessions, which included topics such as relationship and community building in a Lasallian community, spiritual resilience and the life of faith, Lasallian heritage, and more. Each of these breakout sessions offered different perspectives and opportunities to grow.

Lasallians ended the day with their District meetings and dinners. Saturday will offer a keynote address by Brother Superior General Robert Schieler, FSC, and an opportunity to celebrate the 30th anniversary of Lasallian Volunteers. The conference will conclude Saturday evening with a Mass, followed by a reception honoring the Distinguished Lasallian Educators from each District and honoring the Brother John Johnston, FSC, Award honoree, the late Brother Jeffrey Calligan, FSC.

The conference began Thursday with a social welcoming first-time attendees to Huether. This was followed by an opening celebration, and the day ended with an opening social for Huether attendees. Read about opening night >