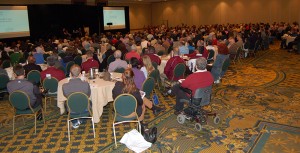 That description of what it means to be Lasallian by Stephen O’Shaughnessey, teacher at San Miguel School in Washington, DC, perfectly embodies the intent of this year’s Huether Lasallian Conference. With the theme Meaningful Instruction: Living Lasallian Pedagogy, more than 400 teachers, campus ministers, administrators, District and Regional leaders, and others gathered November 21 – 23 in New Orleans, LA, for the 40th annual conference.

The conference offered opportunities for every type of Lasallian ministry, from elementary through higher education to youth and family services. The variety provided the perfect chance for Lasallians to collaborate and share ideas about touching the hearts and minds of students, and left participants feeling inspired.

“Every year after I leave Huether I feel energized to go back and take whatever I’ve learned and use it at my own school and to share it with my colleagues,” said Karen Clements, fifth grade teacher at The San Miguel School of Providence in Providence, RI.

While some return to Huether each year, this was the first conference for others. 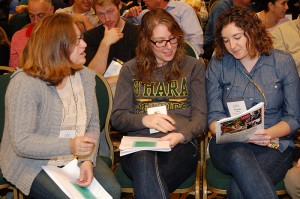 “I brought along two other teachers who had never experienced Huether before and I told them it is better than any conference that they’re ever going to go to. It’s one that touches the heart. It’s perfectly aligned with our mission of what we do every single day,” said Laura Eshelman, current teacher at Archbishop O’Hara High School in Kansas City, MO, and former teacher at Bishop Loughlin High School in Brooklyn, NY. “I always tell people that you are going to get the most out of a Huether Conference because you get the education aspect of it but you also get the Lasallian aspect of it.”

That Lasallian aspect was built into each portion of the conference. Motivating general session speakers included Jonathan Kozol, educator, activist, and national award winning author; Dr. Ruby Payne, author, speaker, publisher, career educator, and founder of aha! Process; and Brother Robert Bimonte, FSC, president of the National Catholic Educational Association (NCEA). The presenters challenged participants to draw on individual experiences and think of new ways to relate to those around them, especially children. 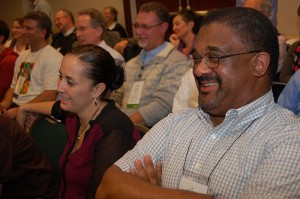 Four series of breakout sessions offered throughout Friday and Saturday covered an assortment of topics to help better understand the values of Lasallian education in schools today, including understanding poverty, research through technology, coaching, evaluation, and much more. Friday also welcomed many one-day participants from Louisiana Lasallian schools.

“I wanted to further my knowledge of education in general, but also to see where our Lasallian community and the rest of our Catholic school community is going in classroom management and classroom curriculum and also just the larger education community in general,” said Jason Schroeder, Spanish and science teacher at St. Paul’s School in Covington, LA, and one-day participant. 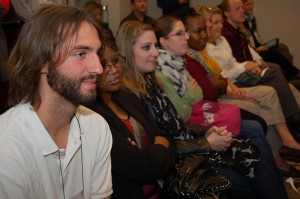 Antoine Béland, a student at Université de Montréal, Canada, and counselor at Camp De La Salle in Saint-Alphonse de Rodriguez, stayed for the conference after his delegate meeting for the International Symposium of Young Lasallians. “For my District, for someone from Canada Francophone, it’s really inspiring to see how big of a network it is and how big it is outside of Canada Francophone. How the network is so vivid in the United States,” he said.

Each day began with opening prayer, led by a different group, including students and teachers. Highlights included participation through music and readings from students at the four Lasallian schools in Louisiana: De La Salle High School in New Orleans, Archbishop Rummel High School in Metairie, Saint Paul’s School in Covington, and Christian Brothers School in New Orleans. Prayer was a way for participants to come together and put the day ahead into perspective.

“I love the fact that we have the same prayer. It just kind of unifies us at the beginning and end of the prayers,” said Alma Gallegos, first-time Huether participant and director of Lasallian Educational Access Program and Spanish teacher at Justin-Siena High School in Napa, CA. “It makes me feel like I have a family away from my family.” 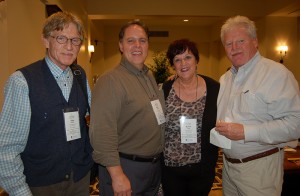 Thursday’s social provided an opportunity for Lasallians to connect.

That sense of “family reunion” is another highlight for Huether participants.

“One of the things I look forward to with any of these conferences, but especially Huether, is the ability to see friends and colleagues that you haven’t seen for a while, to reconnect, to see what’s going on both professionally and in their lives,” said Brother Tony Baginski, FSC, director of academic technology at Central Catholic High School in Pittsburgh, PA. “It has a great energy. It rejuvenates me, and it’s just a great opportunity to see these people again.” 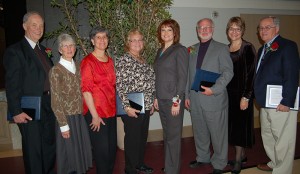 The Midwest District will host next year’s conference November 20 – 22, 2014, in Chicago, IL, with the focus on evangelization and pastoral ministry.