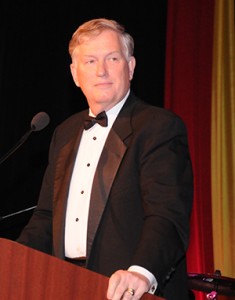 Brother Dennis Malloy, FSC, Visitor of the District of Eastern North America, in consultation with Calvert Hall’s Board of Trustees, appointed Bramble, a 1966 graduate of the school and a former board member. He currently serves on the Board of Directors of Bank of America Corporation and is a retired Vice Chairman of MBNA. Additionally, Bramble is very active in the Archdiocese of Baltimore serving on various boards and committees.

Brother Thomas Zoppo, FSC, is stepping down from his role as president after four years effective June 30, 2013.