The third International Assembly for the Lasallian Educational Mission (AIMEL) adapted to the times and focused on the vitality of the mission through the virtual Phase I of the assembly which culminated with a hybrid gathering March 28 through April 1, themed “Identity, Vitality, Transformation: Together, We Make it Possible.”

Led by the International Council for Association and the Lasallian Educational Mission (CIAMEL), the assembly was originally scheduled for May 2020, then was postponed to October 2020 due to the onset of the COVID-19 pandemic. It was postponed again to February 2021 before being reimagined in the current two-phase format. The first phase, which just concluded, gathered the General Council, secretaries of the Institute, AIMEL planning committee members, and working group moderators and secretaries in Rome, while other District representatives joined virtually. Phase two will take place in person October 29 – November 4, 2022, in Rome.

Update: Read the AIMEL report to the General Chapter 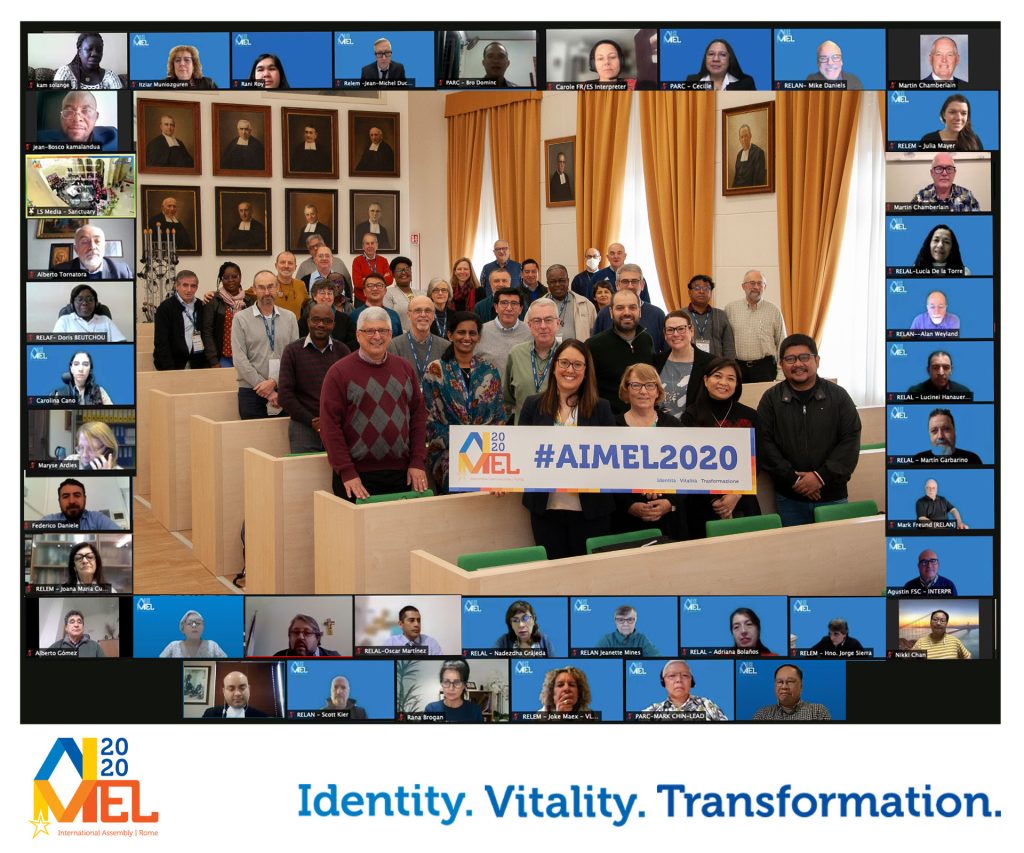 “Following in the footsteps of De La Salle, CIAMEL created an innovative process from the experience of the Young Lasallians and virtual meetings throughout the pandemic to create a virtual Phase I process,” said Alisa Macksey, co-coordinator of the III AIMEL and CIAMEL president, who serves as dean of student success and the First Generation Initiative at Saint Mary’s University of Minnesota. “The commitment of the delegates to participate in the asynchronous activities and the synchronous meetings despite a 19-hour time difference between delegates has been inspiring. It is evident the Lasallian mission is supported by amazing Lasallians – Partners and Brothers.”

Leading up to the phase one gathering, delegates met in their Regions in 2018 and 2019 to create proposals for the future based on the realities of today. CIAMEL used the common themes of those proposals to create eight strategic axes: anima­tion and governance, formation and accompaniment, association and community, culture of vocation, service to the poor and inclusion, evangelization, citizen formation and identity of the educational ministry. From there, delegates were placed into eight thematic working groups, which met virtually in January and February 2022 to develop a proposal for deliberation at the March virtual gathering. At the gathering, the delegates approved nine proposals along the thematic areas, which will be presented at the 46th General Chapter in May. 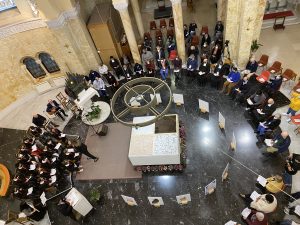 AIMEL delegates hope the capitulants of the 46th General Chapter will not only accept and ratify the proposals but also provide suggestions for the lines of action and create a collaborative process to develop and implement the proposals at the local, District, Regional and Institute levels. After the 46th General Chapter, CIAMEL will share the response from the General Chapter with AIMEL delegates and will host synchronous working group meetings of the strategic axes to create initial lines of actions, which will be finalized during the Phase II in-person session in Rome.

From June to October 2022, CIAMEL has planned additional asynchronous activities and synchronous meetings to continue to engage AIMEL delegates and continue the work in preparation for Phase II. During the Phase II in-person session, delegates will participate in community building and spirituality, along with creating the lines of actions and indicators or goals to be achieved through the lines of action. Regions will have the opportunity to meet and discuss the prioritization of proposals based on the realities in their Regions. A final report of the III AIMEL will be produced after Phase II and shared with the global Lasallian family.

Alisa Macksey, co-coordinator of #AIMEL2020 and CIAMEL president, explains the work of the assembly > 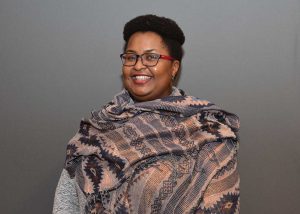 Kenenna Amuzie, District of San Francisco New Orleans (SFNO)
“As I reflect on my AIMEL experience so far, I’m just filled with gratitude around the opportunity we had to gather, both virtually and now in person. The facilitators and coordinators of AIMEL did a wonderful job in helping us to build community with one another, to set up a structure where we were able to work well together.” Watch her full video reflection here > 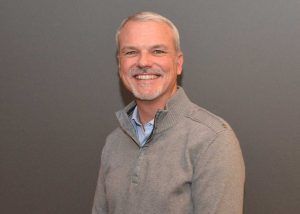 Mike Daniels, SFNO
“The AIMEL experience was a profound reminder of the scope and impact of our global Lasallian family. It was a privilege to partner with Brothers and Partners around the world to discern opportunities and needs across our Institute. I look forward to being together in person in Rome this fall and am grateful for the thoughtfulness and creativity of the planning committee in making this hybrid initial phase so fulfilling and productive.” 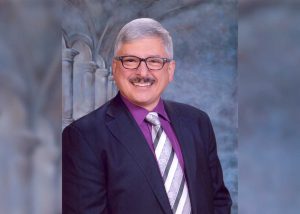 “The Holy Spirit manifested itself in many ways because our doors, windows and hearts were opened to it wide. Even in Zoom mode and thousands of kilometers apart from each other, after five minutes of work, we were already in communion with each other, recognizing each other as members of the same family. Our work of reflection has not known any brakes, no second thoughts or regrets; our energies and attention were entirely given to the most vulnerable, to the little ones, to the voiceless, as well as to all those active in the mission.” Read his full reflection here > 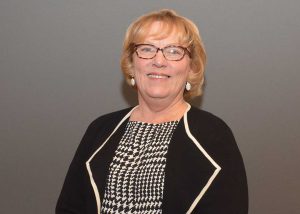 Maryann Donohue-Lynch, District of Eastern North America (DENA)
“During this entire III AIMEL process, I was particularly grateful for the space created for prayerful reflection. Calling upon Jesus’ Parable of The Sower, we were reminded through ritual, song and silence, that the work of the Sower is to participate in God’s mission for all of creation. As a Lasallian family we tend the soil and the plants through our educational mission, perhaps never knowing the sweet fruit those plants will bear but trusting in the work of the Holy Spirit that our labors will be transformative in the lives of those entrusted to our care.” 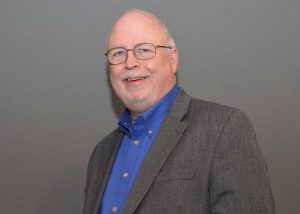 Mark Freund, Christian Brothers Conference
“While the virtual experience has been very different from what I would have experienced in person, the gathering has been a fascinating and reaffirming one in broadening my experience of international Lasallian association and collaboration. Alisa Macksey and the team from CIAMEL, along with the full team at the Generalate, have done an outstanding job on making our time together as fulfilling as one could expect from a virtual experience.” 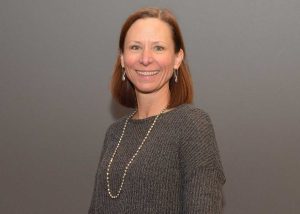 Pamela Gleeson, SFNO
“This was my first meeting in Rome, and my first real experience with Brothers and Lasallian Partners from around the globe. I was both humbled by the fact that most everyone speaks multiple languages and inspired by the faith and zeal of all the participants, Brothers and others. The association for mission was seamless. The work among all delegates was collaborative, respectful and productive. … Far and away the highlight was building relationships with delegates and others from around the world.” Watch Pamela’s reflection > 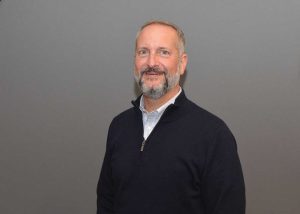 Scott Kier, Midwest District (MW)
“[A key takeaway for me is] a growing sense and desire for a more active participation of lay partners in governance. As a result of the AIMEL proposals, the delegates want this to be a living document, with clear expectations outlined. There has to be more than words, actions are needed. It is time to be bold and innovative with the implementation of the proposals. The delegates seek and expect courage and openness from the General Chapter, having the Brothers trust the lay Partners in making decisions about the future.” 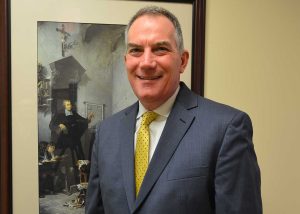 James Logan, DENA
“I hope that the General Chapter delegates engage critically with these proposals and offer significant and careful reflection and feedback on each of the nine. It is clear from the lived realities across the Institute that new forms of governance need to emerge and ongoing formation and association initiatives continue to evolve to meet current needs. It is also clear that the different Regions of the Institute must be given the freedom and the flexibility to adapt and evolve in light of their own particular local realities.” 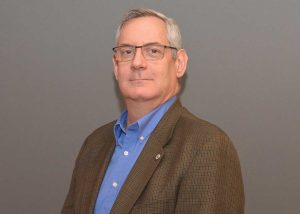 Brother James Martino, FSC, DENA
“[AIMEL] was an opportunity to come to understand the international richness and flavors of this educational mission. It provided an opportunity to learn from the experiences of others as we articulated a vision of how this mission especially for those on the margins goes forward into the future. … The challenge is to take the ideas we as delegates have ratified and bring forward through the General Chapter and make sure my Brothers in my peer group as well as all Brothers and all Lasallians learn about our work, our proposals, and add their voices. The future of our Lasallian mission is great and this experience reinforced that for me. Even virtually it was powerful and inspiring. We now have to live up to the challenge in our ministries.” 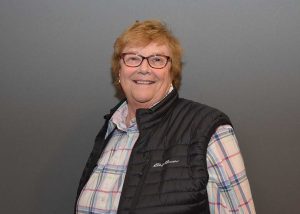 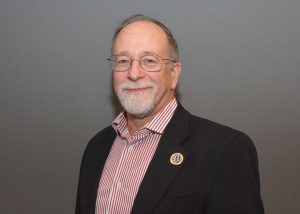 “I am quite surprised and generally pleased with [the nine proposals that have] been submitted to the General Chapter. My strong hope though is that we really will meet in-person in late October to craft lines of action for those proposals that the General Chapter approves. In that work we will be able to build upon the initial virtual relationships formed and effectively develop aspirational but achievable lines of action for the next seven years.”