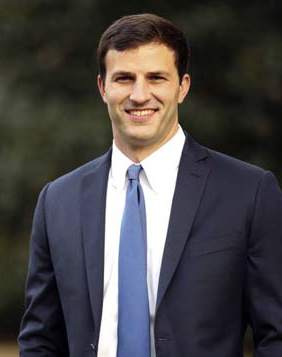 Justin-Siena High School in Napa, California, has named John Bordelon as the school’s next leader. Bordelon will leave his current role as vice president of Christian Brothers High School in Memphis, Tennessee, to serve as principal of Justin-Siena, effective June 15, 2015.

“I am a practicing Catholic whose encounter with the De La Salle Christian Brothers has helped me discover a spirituality that guides my ministry in education,” said Bordelon in an announcement from Justin-Siena. “I find Catholic education and the Lasallian tradition, specifically, a compelling vocation. It is an honor to serve an institution committed to such a deep, meaningful mission with a compelling vision for its growth. Justin-Siena is truly a special community of wonderful people.”

Bordelon brings many educational experiences to his new role, including his prior roles as associate principal and director of admission and enrollment, also at Christian Brothers High School in Memphis. He has experience in teaching, serving as chair of the Academic Council, and overseeing enrollment and marketing activities.