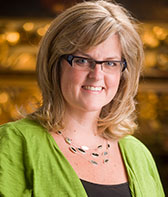 La Salle University in Philadelphia made history appointing its first layperson and female president to serve in a non-interim capacity. Selected to serve as the university’s 29th president, Dr. Colleen M. Hanycz is the current principal (the Canadian equivalent of president) of Brescia University College in London, Ontario, a position she has held since 2008.

“I am deeply honored and humbled to be appointed the next president of La Salle University,” said Hanycz in this story from La Salle. “I have a deep appreciation for La Salle’s exceptional values and its sense of purpose and mission. I attended a Lasallian high school, and I understand that the educational charism of the Christian Brothers emphasizes a commitment to academic rigor, a strong sense of social justice and service, and dedication to a transformational educational experience.”

Hanycz has previously served as assistant dean and associate professor of law at Osgoode Hall Law School from 2003-2008, worked as a securities and employment litigator at Heenan Blaikie law firm in Toronto from 1994-1999, and chaired the Association of Catholic Colleges and Universities of Canada. She is vice chair of the board of the London Health Sciences Centre, a director of St. Joseph’s Health Care in London, Ontario, and an elected member of the Public Accountants’ Council of Ontario.

Hanycz will formally succeed Brother Michael J. McGinniss, FSC, who finished his 15-year term as president on May 31, 2014. Dr. James P. Gallagher has been serving as interim president since June 2014 and has been assisting La Salle in its search for a new president.