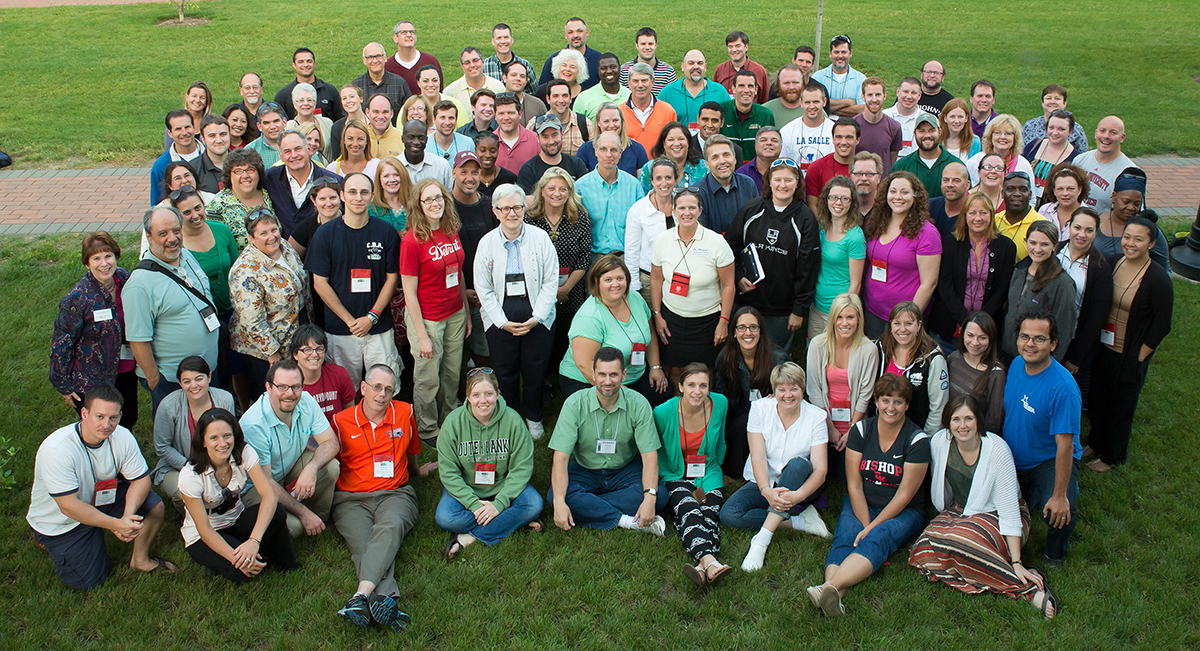 The Brother John Johnston Institute of Contemporary Lasallian Practice held its 2014 summer session July 13 – 18 at Lewis University in Romeoville, IL. The week-long gathering brought together for the first time all 108 of the Institute’s participants from throughout the four Districts in the Lasallian Region of North America (RELAN).

The session topic was “Lasallian Educational Service to the Poor and the Promotion of Justice,” one of three that the two-year formation program covers in a combined format of in-person District and Regional gatherings and online study and networking. Guest presenters included Ms. Lois Harr, Director of Campus Ministry and Social Action at Manhattan College in Riverdale, NY; Brother Ernest Miller, FSC, currently at Catholic Theological Union in Chicago; and Sister Dawn Nothwehr, OSF, Ph.D., Erica and Harry John Family Chair of Catholic Theological Ethics at Catholic Theological Union.

The week began with a welcome from Lewis University President Brother James Gaffney, FSC, who expressed on behalf of the University its pleasure in hosting the Johnston Institute and the many talented and committed Lasallians in attendance. The following days would include prayer, presentations, discussions, and time for community-building, including a visit to nearby Chicago and a special screening of the soon-to-be-released film about the football team of De La Salle High School in Concord, CA, When the Game Stands Tall.

The participants’ work began with an exploration of the origins and evolution of Catholic social teaching. It then turned to an examination of Lasallian thought and praxis in the promotion of social justice, particularly the rights of children. By week’s end, rich conversations and brainstorming had produced a number of goals and proposals that will see further development and planning in the months ahead. 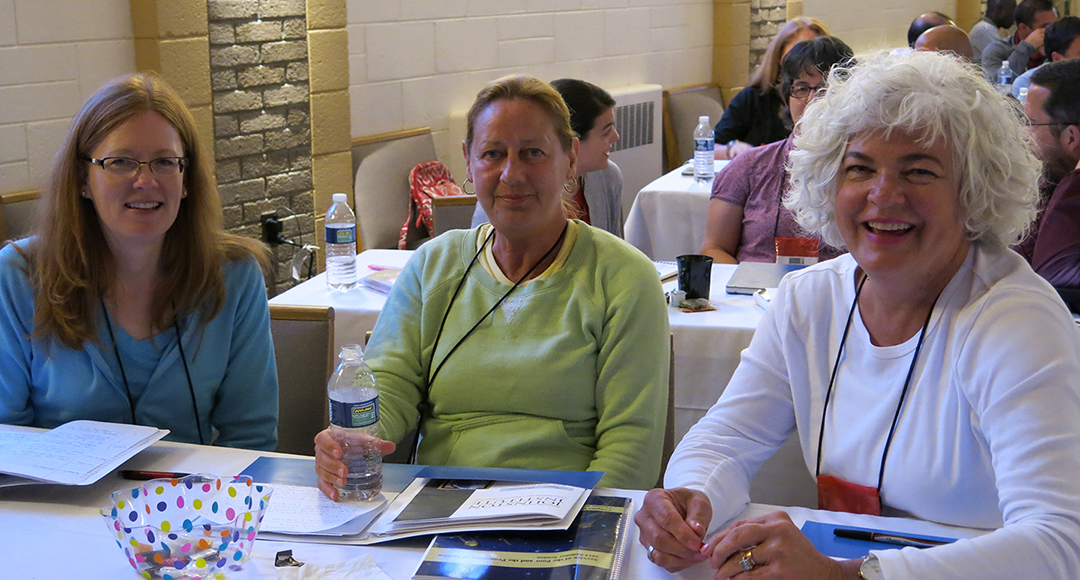 According to RELAN Programs Director Alisa Macksey, the work of the summer session exemplified the value of the Johnston Institute to RELAN. “The Johnston Institute,” she wrote,” allows participants to meet fellow Lasallians from their own District and from across the Region. It provides opportunities for collaborating and networking with others from like ministries. Formation experiences like the Johnston Institute continue the crucial work of building association for the Lasallian mission.”

Reflecting on the week, Cody Lamb, a Teacher-Counselor-Coach at De La Salle High School of Yakima in Union Gap, WA, spoke for many of the participants when he wrote, “I believe that the Johnston Institute provides dedicated Lasallian educators with an abundance of resources to develop a more comprehensive understanding of the Lasallian legacy and mission. This education will allow us to better serve the students entrusted to our care and be ambassadors as Lasallian leaders among our colleagues within our ministries. The Johnston Institute has not only taught me how to incorporate Lasallian teachings into my classroom, but has also helped me grow personally as a Catholic, as a Lasallian, and as a man.”