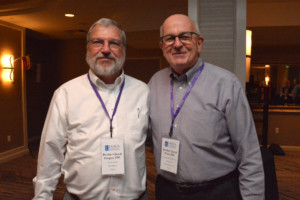 The Lasallian Association of Secondary School Chief Administrators (LASSCA) held its 15th annual conference February 24-27, 2019, at the JW Marriott Houston by The Galleria in Houston, Texas. School administrators, board members, District and Regional leaders and others gathered to discuss topics related to this year’s theme, “One Heart. One Commitment. One Life.,” which is also the theme of the Year of Lasallian Vocations.

Kathie Brown, principal of Holy Family Catholic High School in Victoria, Minnesota, shared how valuable she found her time at LASSCA to be. “This gathering of chief administrators exudes an immediate sense of family, an element necessary to renew the love of our vocations. LASSCA celebrates our responsibilities and our devotion to the mission through the sacred work being done in our schools. LASSCA is a gift to the soul of Lasallian leadership!” 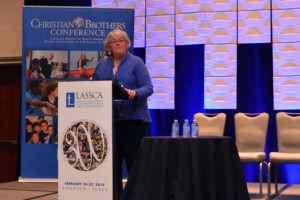 The first full day of the conference began with prayer and a keynote address entitled “Oui, Whee, We: Cultivating a Heart for Mission” by Karen Eifler, Ph.D., Garaventa Center co-director and School of Education professor at the University of Portland in Portland, Oregon. Eifler spoke about how to create moments of joy in the busyness of everyday life and encouraged self-care.

Melinda Lawlor Skrade, Ph.D., president of Sacred Heart Cathedral Preparatory in San Francisco, California, gained new insight from the speech. “I think the biggest takeaway I got from this speaker is that we need to keep close to heart that we’re in ‘people work.’ No matter what our roles are in Lasallian education, and Catholic education, ultimately we’re in ‘people work.’ And the most important person for us to take care of first, is ourselves, or we won’t be valuable to others in our care.”

The rest of the day was filled with District meetings, chances to visit exhibitors, and open forums grouped by presidents, principals and board members. District dinners took place in the evening. 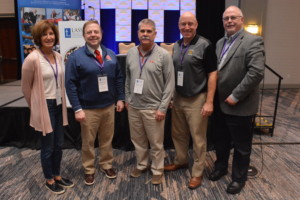 After the meeting, a keynote address was given by Tom Gartland, author, speaker, and leader from Minneapolis, Minnesota. His speech was entitled “Lead with Heart” and touched on the themes of being an authentic leader through compassion, trust, warmth and creating committed and engaged team members. 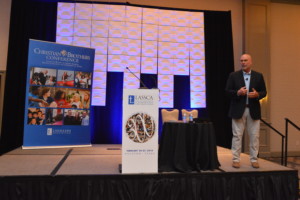 “I’ve been greatly impressed with the quality and the caliber of the presenters this year but I’m especially appreciative of what Tom Gartland had to say about leading with the heart,” shared Brother David Poos, FSC, president of Christian Brothers High School in Memphis, Tennessee. “I look forward to reading his book and trying to implement some of the techniques he suggested to make our community more human and loving.” 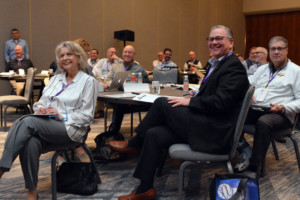 Edward Bolan, principal of Bishop Loughlin Memorial High School in Brooklyn, New York, found the session useful. “I thought Mr. Nicoletti’s approach was very practical and he shared some very valuable information without using scare tactics. It’s always important for us to take time to do assessments in terms of our safety practices and procedures, so I thought it was a really helpful session.” 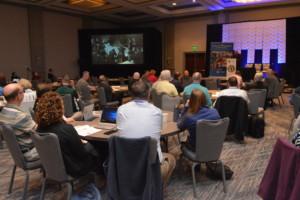 “I thought the talk was inspiring, it was nice to get an overarching reminder of why we’re in this and reframed nicely in contemporary speak,” commented Trevor Watkins, AFSC, principal of Saint Paul’s School in Covington, Louisiana, when asked about Brother Robert’s address.

The next LASSCA Conference will take place February 23-26, 2020, also in Houston.

Use the hashtag #LASSCA2019 on Twitter and Facebook for more photos and highlights from this year’s conference.