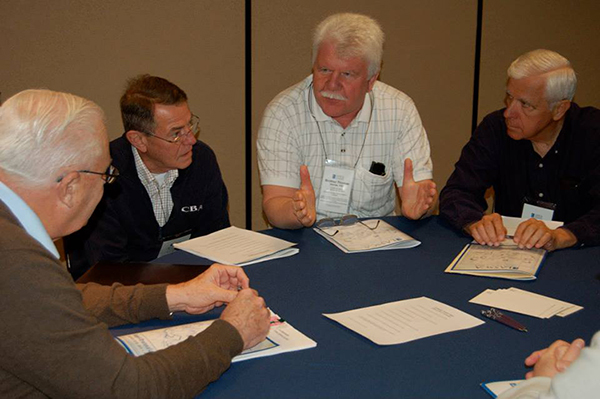 After an intellectually stimulating and spiritually refreshing Lasallian Association of Secondary School Chief Administrators (LASSCA) Conference, participants returned to their schools feeling motivated to expand on new ideas and best practices. Chief administrators, board members, and Region and District leaders took part in the LASSCA Conference in Atlanta, GA, February 23 – 26, 2014. The theme of the conference was Design and Structure of Lasallian Schools, which was the focus for speakers and presentations, breakout sessions, and more. Many participants indicated that the opportunity for networking was a highlight, and they were excited about the topics of discussion that took place at this conference since the first day.

“Two things stood out for me: The first one is about the direction we’re headed for 21st Century learning. We heard a lot about that and it’s in action. We’re not just talking about it. Creative ideas were shared and we’re headed that way,” said first-time LASSCA participant Carl Unrein, president of Mullen High School in Denver, CO, when he reflected on conference highlights. “Second one, reinforcement about our Lasallian heritage and the importance, like the session about our Catholic identity and who we are as a community, and what we must do. We have a heavy, heavy responsibility to carry forward what our Founder did for us.” 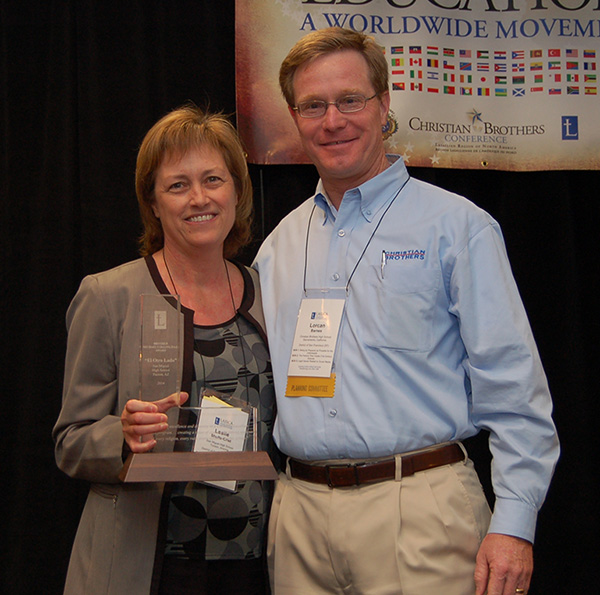 Before delving into these important topics, the conference began with a celebration of the Eucharist, held at the Basilica of the Sacred Heart of Jesus on Sunday evening. After Mass, San Miguel High School in Tucson, AZ, was awarded the Bro. Michael Collins, FSC Award. This award was inaugurated last year in honor of Bro. Michael who was serving as president of DeLaSalle High School in Minneapolis, MN, when he died after a brief illness in January 2012. The award honors his legacy and recognizes excellence in a Lasallian secondary school program exemplifying some of his values, standards, and passions. San Miguel received the award specifically for its El Otro Lado program that focuses on immigration awareness. Watch a video about El Otro Lado >

Each morning of the conference began with prayer that was led by Rev. Brian O’Brien and organized by Bishop Kelly High School in Tulsa, OK, and had a new theme each day: prudence, reserve, and vigilance. Every day of the conference included ample free time to allow participants to meet with other leaders from across the Region, learning and strategizing on issues that affect the future direction of education. These opportunities for collaboration and relationship building are one thing participants look forward to at these conferences.

“I think the highlight for me coming to conferences like this is always the networking. The availability, I mean there are so many experts in the room from across the country. To be able to network with people and to share ideas and to share expertise and things that are working – that’s always the highlight for me,” said Cheri Broadhead, principal of Totino-Grace High School in Fridley, MN, who attended the LASSCA Conference for the second time this year. 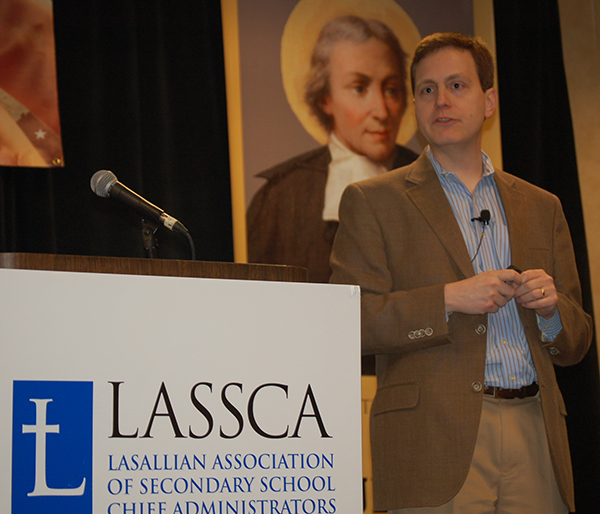 Participants not only learned ideas from other chief administrators, but from the keynote and general session speakers, breakout sessions, forums, meetings, and exhibitors too. Bro. Louis DeThomasis, FSC, Chairman of the Corporation at CBIS Global in Rome, Italy, delivered the keynote address on the opening night of the conference. Monday and Tuesday consisted of general session addresses from Rob Mancabelli, CEO & Co-Founder of BrightBytes in San Francisco, CA, and Ray McNulty, Senior Vice President of International Center for Leadership in Education in Rexford, NY, respectively. One recurring topic throughout these presentations was how education is evolving and what educators and schools need to do to better serve today’s students.

“The session that we had with Rob Mancabelli, I think for the first time I understand completely what our teachers need to do to be 21st Century teachers, and that’s for them to become 21st Century learners,” said Broadhead. “I think that’s what I will take back in terms of encouraging people to practice what it is we want our kids to do, to be on social media, to be following blogs, to be able to understand Twitter, to look outside of ourselves for help, just as I was doing here – networking with people to encourage our staff to say, ‘There’s knowledge out there, go find it. Continue to network, increase your networking, start networking, start practicing what it is you want your kids to practice.’” 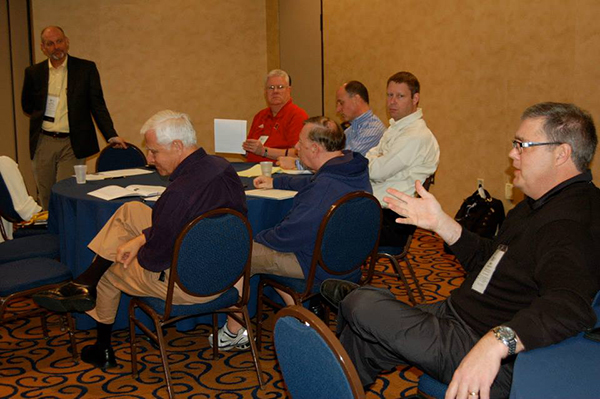 Chief administrators understand the need for the support of their colleagues in order to become better at what they do and help others. Rev. Paul Novak, OSM, president at De La Salle Institute in Chicago, IL, summed up the reasons he has attended several LASSCA Conferences and why he keeps coming back. “Coming together gives you that sense of community strength and community involvement and common problems and common solutions to those problems. It’s a great conference to come to from the perspective that these are my colleagues, these are my peers, and here’s the support I need to continue to do the mission and to continue to do the work of the Founder.”

The conference ended with an eye-opening panel discussion led by District representatives who addressed a question about what challenges leaders face in their Lasallian schools when it comes to Catholic identity, transferring of the mission, balancing financial viability and serving the poor, and succession planning. Ending with this discussion reinforced the passion and zeal these chief administrators have for their vocations, and they left feeling inspired and rejuvenated to return to their ministries and implement new ideas to enhance education for the future.

“I’m excited about the direction in terms of we have to sustain the mission because of financial needs,” said Unrein. “I’m excited that there is enthusiasm going forward. We just didn’t end this, we have a charge that we need to carry forward and come back in a different capacity.”