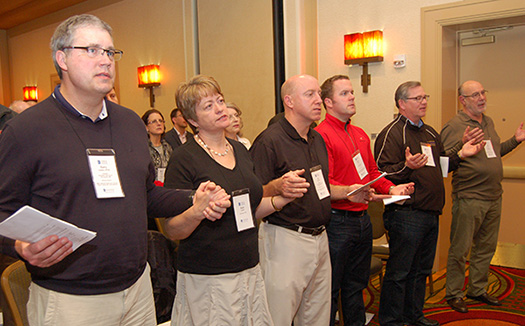 Following four days of learning, praying and networking, participants of the 11th annual Lasallian Association of Secondary School Chief Administrators (LASSCA) Conference returned to their ministries feeling more connected to each other and the Lasallian mission. Chief administrators, board members, Regional and District leaders partook in the LASSCA Conference in San Diego, California, February 22 – 25, 2015, which centered around the theme Lasallian Leadership in a High Velocity World. Through dynamic speakers, presenters and conversation during general and breakout sessions, meetings, forums and more, topics concerning leadership, sustaining the mission, and strategic planning during a time of rapid change were addressed. Participants enjoyed time for conversation and networking, developing strong collegiality.

“LASSCA is like a professional retreat for leadership. It’s unbelievable,” said Jeffery Hazel, principal at St. Joseph’s Collegiate Institute in Buffalo, New York. “You get to meet fantastic leaders who share your common vision and core set of values with whom you can exchange information and ideas and simply have a good time.” 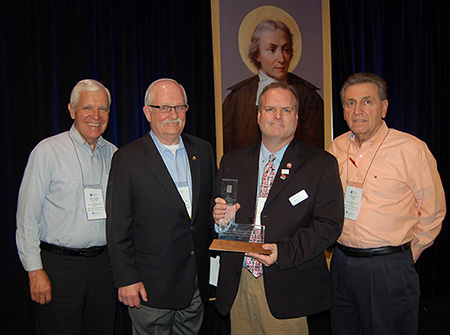 The first day of the conference began with a celebration of the Eucharist on Sunday evening, celebrated by Father Brian O’Brien, president of Bishop Kelley High School in Tulsa, Oklahoma. After Mass, the Brother Michael Collins, FSC Award was presented during the opening session to Archbishop Rummel High School in Metairie, Louisiana, for its Operation HeadStart program.

Each morning of the conference started with prayer that was organized by Charles Legendre, AFSC, and Brother George Van Grieken, FSC, and had a new theme each day: trust in the Lord, humility and patience. Every day of the conference also included free time to allow for additional interaction and conversation among participants, to discuss and share on topics that affect the future of their roles in education in both formal, structured sessions, but also in social settings.

Bradley Roberts, principal of St. Joseph’s Institution International in Singapore, Lasallian East Asia District, enjoyed meeting Lasallian leaders from a variety of contexts and backgrounds. “To meet colleagues that are running schools of similar size, and in many cases, even though they’re thousands of kilometers away from where I am, have similar sorts of issues in their schools and are dealing with the same sorts of things, has been refreshing and interesting to see,” said Roberts. 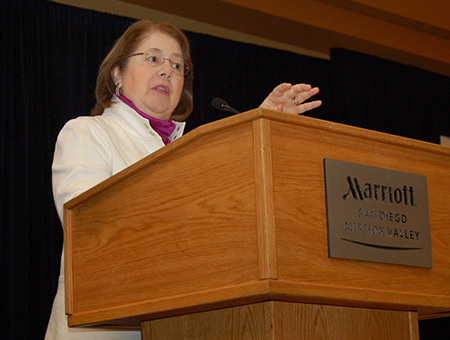 Participants not only learned ideas from their colleagues, but from the presenters and speakers, breakout and general sessions, forums, meetings and exhibitors too. Brother Thomas Johnson, FSC, director of the Novitiate, Lasallian Region of North America, delivered the general session address on the opening night of LASSCA. Monday entailed three general session addresses throughout the day from Dr. Marisa Guerin, president of Guerin Management Consulting, Inc., and Tuesday included a general session from Sean Callahan, chief operating officer of Catholic Relief Service (CRS) – United States Conference of Catholic Bishops (USCCB). One recurring topic throughout these presentations was how the role of leaders is evolving in today’s fast-paced world filled and students who are engaged differently because of hyper-connectivity.

“I appreciated everything she had to say, particularly how our job as leaders is evolving in our changing world filled with new technology,” said Passman. “Things happen more quickly and the workload builds and builds, making us concerned about more things. It’s important for us to step back and be more aware of the things that really matter most. That’s the vital piece – to find a balance in the midst of everything.”

Chief administrators understand that need for balance and look to each other to find inspiration and encouragement. 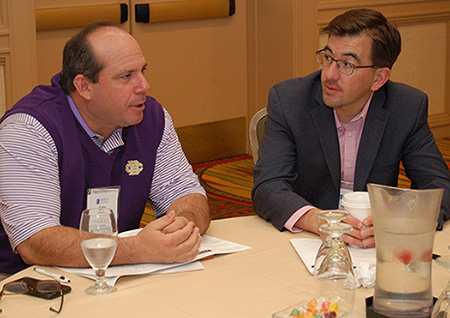 “For me, the most valuable part of this conference is the people,” Hazel said. “We have conversations about our faith and how that drives our decision-making. Through talking about our successes and the things we still need to work on, we are learning from each other.

The conference ended on Wednesday with a quiet morning of prayer and reflection where participants focused on the question: What can you do to maintain your health and balance as an administrator?

LASSCA will meet in San Antonio, Texas, next year and continue to provide an intellectually stimulating and spiritually refreshing experience for those that attend.