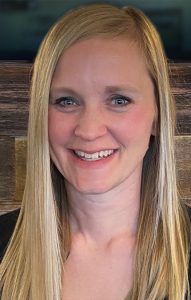 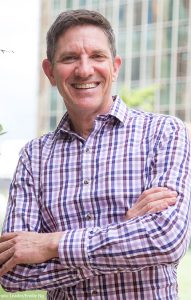 As the fourth president of LERI, Lawrence will oversee and lead all the organization’s entities, including Saint Mary’s Press, Anselm Academic, Professor’s Choice® and Springtide Research Institute®. Lawrence has served as vice president of LERI since 2019. Prior to that, she served for nine years within the organization in a variety of roles, including eLearning director, product development brand manager and marketing associate.

Vitek has served in his current role since 2001 and, prior to that, served as vice president and chief operating officer of the organization. Vitek has played a critical role in helping the organization adapt to significant changes in the publishing industry and to major shifts in the market. Aside from his work at LERI, he served the Lasallian Region of North America as a member of the Lasallian Education Council (LEC) from 2017 to 2022.

A nonprofit organization based in Minnesota, LERI is an expression of the Lasallian mission of the Institute of the Brothers of the Christian Schools, establishing works in the service of young people. Christian Brothers Conference has a long partnership with LERI on many publications, dating back decades. The partnership was revitalized in 2018 with new books and in 2020 as the organization began distributing a number of Christian Brothers Conference books.