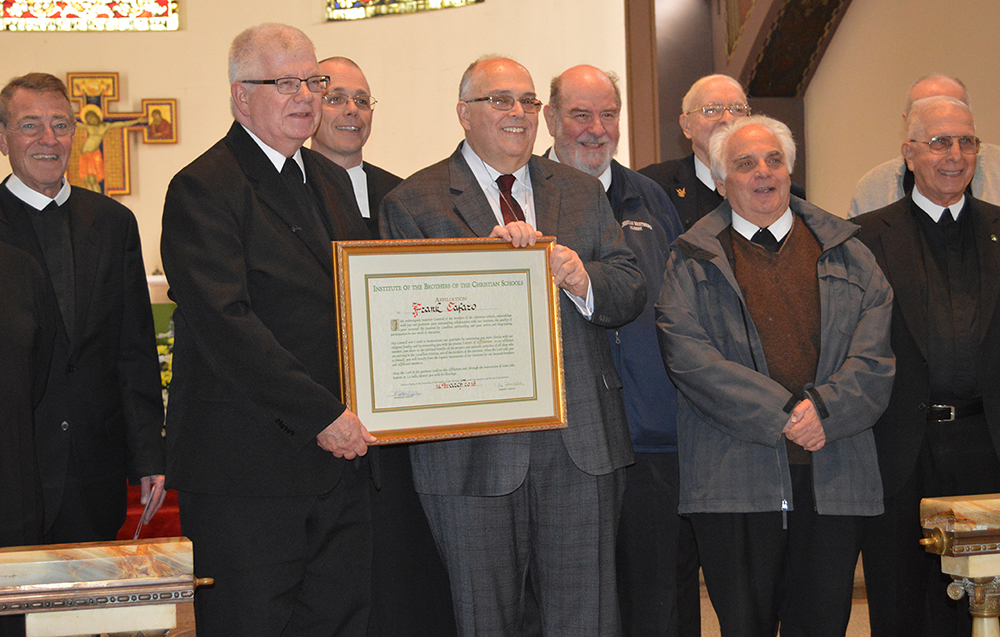 Frank Cafaro, the director of guidance and Lasallian animator at St. Peter’s Boys High School in Staten Island, New York, was presented with Letters of Affiliation (AFSC) November 3, 2018. Cafaro has served more than 45 years as an educator and has taught religion, history and driver’s education prior to becoming chair of the guidance department. Cafaro was also a founding moderator of the Lasallian youth groups and Lasallian youth summer assembly, to which he has brought St. Peter’s students for 26 summers. Cafaro also participated in the former Lasallian Leadership Institute and Buttimer Institute of Lasallian Studies and has served on the District’s ministry team, helping to formulate assessment criteria and procedures for District schools.

More from the District of Eastern North America (DENA) >