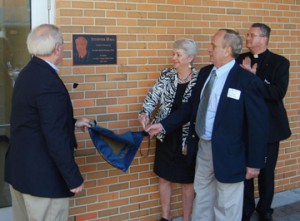 Bro. Rene served as school president from 1991 to 2005. Throughout his career at La Salle, he had also served as a faculty member in the social studies and religion departments, Director of Admissions, moderator of the Mothers’ Club, and head coach of the Speech and Debate Team. He passed away in 2009.