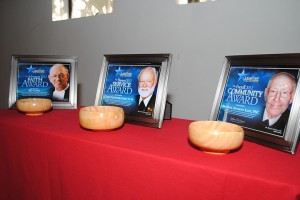 ons to the program.

This year, LVs will honor Brother Joseph Mahon, FSC, with the Farrell Community Award, Kerry Conroy with the Bassen Service Award, and Daniel Brenner with the Johnston Faith Award.

The FSC Awards will take place at La Salle University in Philadelphia, Pennsylvania, on September 30, 2017. Recipients are selected on a rotating basis between the Districts in the Lasallian Region of North America (RELAN). The 2018 recipients will be selected from the Midwest District. LVs gave out the first FSC Awards in 2010.

More on the FSC Awards >