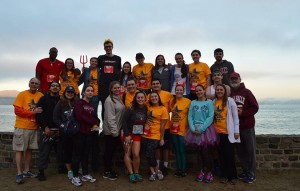 Read a reflection on the LVs Run experience >