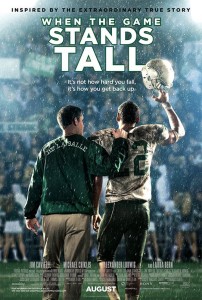 Based on the true story of football Coach Bob Ladouceur and the record-breaking 151-game winning streak with the De La Salle High School Spartans in Concord, CA, the movie “When the Game Stands Tall” will be released nationwide on August 22, 2014.

“The movie is more than just football and a win streak – it is about how lives can be transformed with the support of an entire community,” said President Mark DeMarco, of De La Salle High School.

Coach Bob Ladouceur is not only known for holding the greatest ever record in American sports history, but also for teaching life lessons to his players on and off the field. “When the Game Stands Tall” demonstrates the real-life adversity faced by the team and the challenges they had to overcome, while showcasing the importance of teamwork, sacrifice, and commitment, as well as the core values of the Lasallian mission. 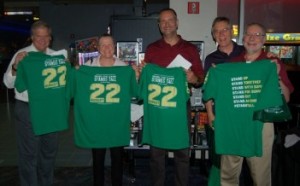 Members of the LEC

Members of the Lasallian Education Council (LEC) saw a pre-screening of the movie on June 24 at a theater in Maryland while meeting nearby in Washington, DC. Participants of the upcoming programs the Brother John Johnston Institute of Contemporary Lasallian Practice and the Buttimer Institute of Lasallian Studies, as well as those present at the Lasallian Volunteers Orientation, are also invited to an advanced viewing.