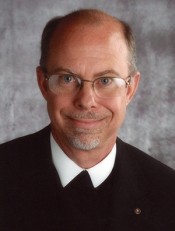 Brother Thomas brings to his new role more than 37 years of experience in Catholic education. He was principal of Montini Catholic High School in Lombard, Illinois, from 1987-1991 before serving as president of the school from 1991- 2004. Most recently, he was the director of community, foundations, and corporate relations, as well as an instructor on staff at Montini. Brother Thomas is also a 1972 graduate of St. Joseph.

Other transitions include Brothers James Gaffney, FSC, and Konrad Diebold, FSC, joining the St. Joseph board of directors. Brother James will step into the role of chairman, succeeding John Vosicky. Brother James has served as both a board member and chairman of the board at Lewis University in Romeoville, Illinois, before becoming president of Lewis in 1988 where he continues that role today. Brother Konrad was principal at Saint Patrick High School in Chicago, Illinois, from 1983-1987. He then became the school’s first president and served until his retirement in 2013.

Read the announcement letter from the Midwest District >