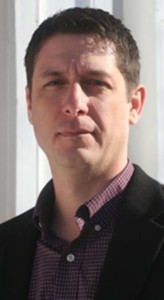 The board of trustees at LaSalle School in Albany, New York, has announced the appointment  of David Wallace as the school’s new executive director, effective March 13, 2018.

Wallace joined LaSalle in 2004 as a clinician and has since worked in a number of positions, most recently as the associate executive director for program development. Wallace is a licensed clinical social worker and has served as an adjunct instructor at the Sage Graduate Colleges.

Wallace succeeds William “Bill” Wolff, AFSC, who announced last September  that he planned to retire. Wolff came to LaSalle in 1985 and has served as executive director since 1994. In honor of Wolff’s many years of service to youth and families, Albany Mayor Kathy Sheehan declared Friday, March 16 “Bill Wolff Day” in the City of Albany.