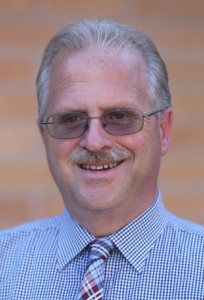 The board of trustees of Saint Mary’s College High School in Berkeley, California, has announced the appointment of Lawrence Puck as the school’s next president effective July 1, 2018.

Puck also has been actively engaged in Lasallian formation and education at the District level, serving on the District of San Francisco New Orleans (SFNO) mission council and on the boards of De Marillac Academy in San Francisco, California, and Justin-Siena High School in Napa, California. He has been recognized as Lasallian Educator of the Year by the SFNO District and by Saint Mary’s College High School.

Puck will succeed Brother Edmond Larouche, FSC, who is stepping down after 21 years as president.

More from the SFNO District >