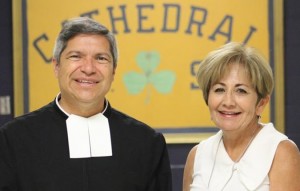 Cathedral High School in El Paso, Texas, has announced the appointment of Pamela Cook Howard to the position of principal effective July 21, 2017.

Howard succeeds Aurora Lujan, who retired in June after serving at Cathedral as a teacher and administrator for 30 years.