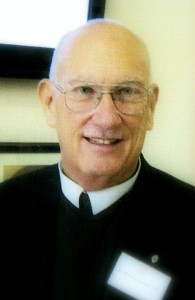 La Salle Academy in New York, NY, has a new principal with a long history of service in Lasallian schools. Brother William Johnson, who served as assistant principal at La Salle since 2010, took over as principal on July 1, 2013.

In addition to teaching at schools in Virginia and Pennsylvania, Bro. William previously served as principal of Central Catholic High School in Pittsburgh, PA, and Calvert Hall College High School in Baltimore, MD. He was the founding principal and president of The San Miguel School, a middle school for disadvantaged boys in Camden, NJ, which is now closed. Prior to coming to La Salle Academy, he taught at Rousseau Academy, a middle school for court-adjudicated boys in Philadelphia. All four of those schools are Lasallian.