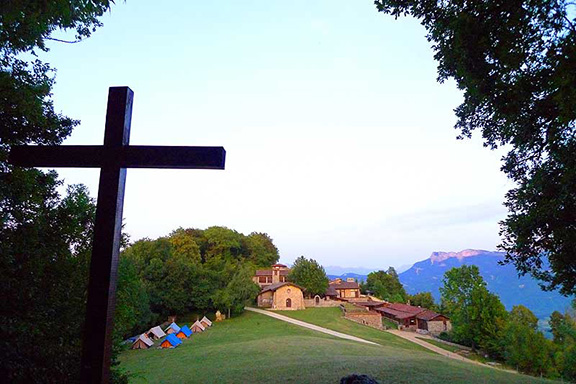 On April 1, 2014, the Institute of the Brothers of the Christian Schools launched the Parmenie Project to commemorate the 300th anniversary of when our Founder, Saint John Baptist de La Salle, met Sister Louise Hours in Parmenie (just outside of Grenoble, France). On April 1, 1714, he received a letter sent by the principal Brothers of Paris asking and ordaining him to come and take back the government of the society founded by him; he answered that call.

The project aims to provide the text and context of De La Salle’s experience in Parmenie, offer opportunity to reflect and pray upon this moment in the foundational story in light of today’s reality, and share relevant resources.

Parmenie served as a special place of retreat for De La Salle as he traveled here during a difficult time in his life. Struggling to understand, accept, and live out his vocation, he encountered Sister Louise who helped him see more clearly where God was calling him.