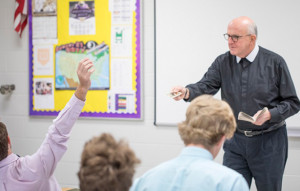 He has also participated in various Lasallian formation opportunities and is a graduate of the Lasallian Leadership Institute, a former three-year formation program.

More from the Midwest District >