A new initiative in the Lasallian Region of North America looks to the future of formation with the goal of surfacing and developing the next generation of formators with both scholarship and substance to teach in current and future Regional formation programs. The Regional Formation Institute (RFI) is a response to calls from District, Regional and international Lasallian gatherings that identified formation of educators as a critical need. 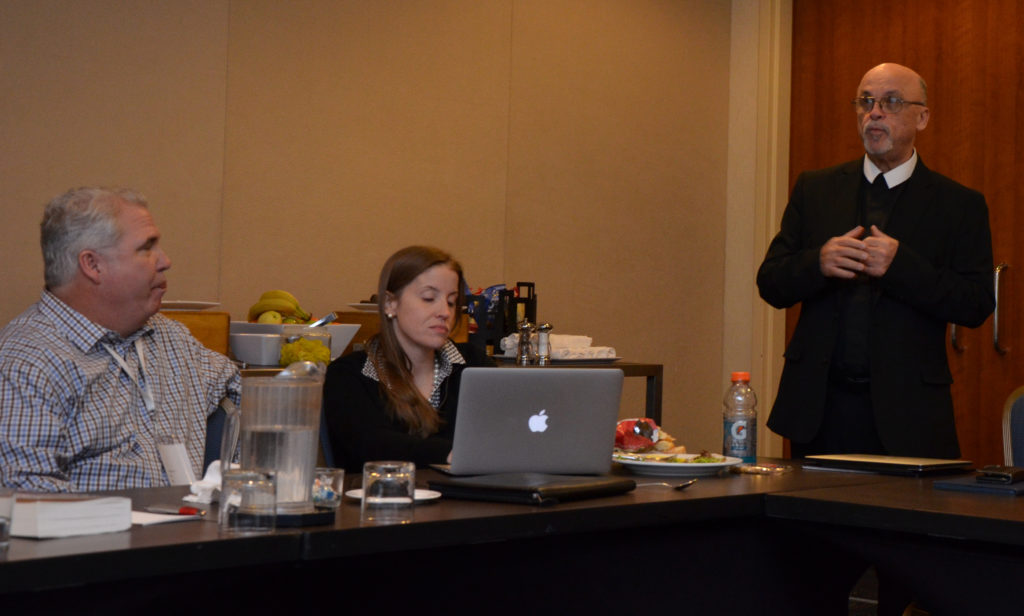 The Lasallian Education Council (LEC), which oversees the Office for Lasallian Education at Christian Brothers Conference, created this initiative in response to one of its strategic priorities to develop future formators. The idea began in 2016 with a task force, and a working group was established in 2018 to formally develop the RFI. The group designed a two-year program focused on (1) facilitating and furthering the development of formators within detailed specialty areas of interest and (2) fostering the skills needed to be effective presenters to adult audiences in general Lasallian formation settings.

“The LEC is grateful for the planners, presenters and support staff who are making the RFI a reality,” said Dr. Kurt Schackmuth, LEC chair. “We are especially appreciative of this first cohort of participants who feel called to explore and consider this opportunity to build upon and further develop their existing formation and knowledge of our charism so that they can share it others.”

While the LEC will continue to stay involved and informed, Carmelita Finn is leading the next phase of the project as RFI coordinator, supported by the Office for Lasallian Education. Finn retired from De La Salle-College of Saint Benilde in the Philippines in 2017 as vice president of Lasallian Mission and Student Life after nearly 15 years of service at the school. Finn has participated in a number of local and international formation programs in Asia, North America and Rome, including graduating from the Buttimer Institute of Lasallian Studies in 2015. She received a master’s in Lasallian Leadership from Saint Mary’s University of Minnesota in October 2017. RFI presenters over the course of the program will include Dr. Pam Jesse, Dr. Greg Kopra, Brother William Mann, FSC, Brother Ernest Miller, FSC, Dr. Jeanette Mines, and Dr. Scott Sorvaag, among others.

The RFI will address the content areas of: understanding Lasallian formation, Lasallian story and vision, adult learning theory, curriculum design, instructional methods and scholarship and substance. The inaugural RFI will take place in six phases. The first took place in conjunction with the 2019 Huether Lasallian Conference in November, where the 13 RFI participants met one another and the RFI staff. Brother Superior General Robert Schieler, FSC, Brother William Mann, FSC, and Brother Gerard Rummery, FSC, were present at the gathering and addressed participants, encouraging them in their work.

The second phase of the RFI is currently underway and will conclude in the summer of 2020. During this time, participants will engage in a Professional Formation Community (PFC), which will include independent study and regularly-scheduled virtual meetings related to the content areas. The third phase will consist of a weeklong, in-person session in July 2020 at Lewis University in Romeoville, Illinois. During the fourth phase, each participant will work with a mentor to identify and design a formation activity of 75 minutes in length. During the fifth phase, participants will collaborate with that mentor or others on future directions and presentations. The sixth phase will be the capstone session in March 2021. Upon completion of the RFI, graduates will become part of a pool to be considered to assist with a variety of formation programs at the Regional, District and/or local levels. This cohort will also, it is hoped, will find itself evolving into a Professional Formation Community to learn from and support each other in future formation work.

Top photo: Participants of the RFI meeting at Huether in November.