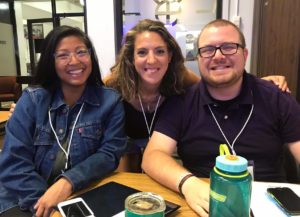 Young Lasallians from across the Lasallian Region of North America (RELAN) and one from the Lwanga District in Africa gathered together at Christian Brothers University in Memphis, Tennessee, July 22-26, 2019, for the Regional VEGA program. VEGA is an Italian acronym for the words Vedere, Giudicare, Agire meaning See, Judge, Act.

Throughout the five days, presentations were given on the life of Saint John Baptist de La Salle, including turning points and providential moments in his life.

“The VEGA 2019 experience helped me grow towards being not only a better teacher but a person. We dove deep into the Lasallian mission by learning about the life of Saint John Baptist de La Salle, while also listening to the powerful insight and experiences of many young professionals,” shared Patrick Wiese, mathematics teacher at Christian Brothers Academy in Syracuse, New York. “I learned to never make a decision by myself. We have to let God, our spiritual director, make the decision for us. Always wait for God to make the first move, then we follow.” 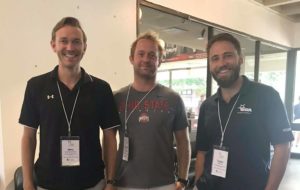 On Tuesday, Wednesday and Thursday, participants were able to reflect on what they had heard during the day and how it related to not only their personal and spiritual lives, but also their vocation and ministries.

Jeff Ramon, a campus minister and religion teacher at Saint Paul’s School in Covington, Louisiana, commented on these sessions, saying “Through deep daily reflection during my time at VEGA, I was able to renew my commitment to my vocational journey and I was given the space to identify key invitations along the way that I accepted which led me to ministering at Saint Paul’s School. I was able to more fully recognize my significant responsibility to engage in the Lasallian educational mission through ministering to ‘those entrusted to my care.’” 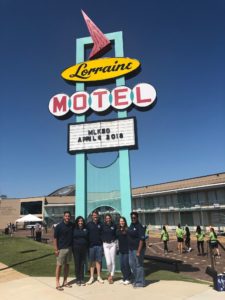 Another highlight of the VEGA experience was a trip to the National Civil Rights Museum, which is located at the former Lorraine Motel, where civil rights leader Dr. Martin Luther King, Jr. was assassinated on April 4, 1968. This outing provided participants an opportunity to reflect not only on the past, but also on the role of young people in social justice today and how they might become agents of change in their own ministries.

Raphael Bosire traveled from Kenya to attend VEGA. “To me the entire VEGA experience was both renewing and motivating as a Lasallian. Through the guidance of the presenters, I had moments of deep reflection on the life and work of Saint John Baptist de La Salle. My motivation came mainly from the different comparisons and analogies that the presenters used to show how relevant the Founder’s actions are to our current society.”

Participants also spent time delving more deeply into Lasallian spirituality and pedagogy throughout the week, in addition to building community through prayer and socials.

Recognizing “the best instrument to evangelize young people is other young people,” as Pope Francis has said, the VEGA  experience is aimed to be, primarily, formation by Young Lasallians for Young Lasallians. In RELAN, the first Regional VEGA experience was offered at Christian Brothers University in Memphis in 2010. Subsequent VEGA experiences have been offered every other year (2011, 2013, 2015, 2017) by the District of Eastern North America, extending the invitation to welcome participants from across RELAN. Over the years, participants from the Midwest District, the District of San Francisco New Orleans and staff from Christian Brothers Conference have attended. The timing of the Regional VEGA was also chosen as a way to celebrate the Year of Lasallian Vocations.