This Lenten season, RELAN schools are getting creative as they collect donations for their twin schools in the Lwanga District in Africa. Twinning is a Regional initiative that pairs each Lasallian school in RELAN with a Lasallian school in Ethiopia, Eritrea, Kenya, or Nigeria. Financial contributions help support African students in need by covering costs for tuition, teacher salaries, building/maintenance expenses, and the purchase of books and other supplies, along with board and lodging. Twinning provides a unique opportunity for Lasallian students in North America to unite with our brothers and sisters in Africa, while living the Lasallian mission to educate young people who are economically poor and disadvantaged.

Send stories and pictures of your fundraising efforts to news@lasallian.info.

De La Salle High School
Concord, CA
Students  are donating change in a competition between classes to raise money for Nativity School in Shinara Village, Eritrea, and other charitable causes. It runs Ash Wednesday through March 26.

La Salle Academy
Providence, RI
La Salle is gathering donations for Rongai Agricultural and Technical School in Rongai, Kenya through homeroom collections, faculty/staff lunches, and a new “Hunger Banquet” where students were randomly given color-coded tickets that determined how much food they received—from a full meal off of plates to rice and water to be eaten on floor—to demonstrate variations throughout the world. Within a few minutes of receiving the meals, the students with the full plates shared their food with the students on the floor. Read more here > 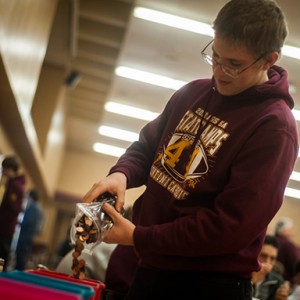 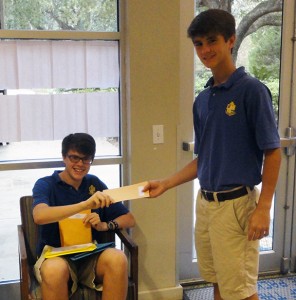 Click here to learn more about twinning and the schools served, along with finding resources to help with fundraisers.

Twinning allows us to make unity amidst diversity
a lived reality in our schools.
—Bro. Robert Schieler, General Councilor