Responding to Racism: A Lasallian Dialogue

Four Lasallian educators—a global languages professor, a multicultural affairs director, a Christian ethics professor and a chief diversity officer—entered into a discussion to help participants understand and learn how to act in response to systemic racism. Read the story here >

Read the story in Crux, Catholic educators urged to be “prisoners of prophetic hope” by Nick Mayrand, July 2, 2020
Read the story from La Salle University, “Dismantling racism, according to Lasallian educators” by Christopher A. Vito, July 16, 2020

In response to the call for racial justice on our campuses and in our world today following the killing of George Floyd, this dialogue is an initiative of the Lasallian Association of Colleges and Universities (LACU) in collaboration with the Office for Lasallian Education at Christian Brothers Conference and three of the Districts in the Lasallian Region of North America (RELAN): District of Eastern North America, Midwest District and District of San Francisco New Orleans. Members of LACU are: Christian Brothers University, La Salle University, Lewis University, Manhattan College, Saint Mary’s College of California and Saint Mary’s University of Minnesota. Send questions and comments to LACU@cbconf.org. 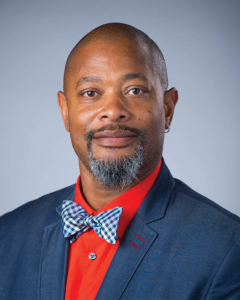 Hayden Greene, M.A., is the founding director of Multicultural Affairs and the coordinator for the Multicultural Center at Manhattan College. He is a seasoned higher education professional, annual presenter at the Student Leadership and Global Understanding Program of the International Association of Lasallian Universities (IALU) and a prize-winning photographer and poet. He is a respected speaker concerning diversity, inclusion, equity, leadership and fatherhood. 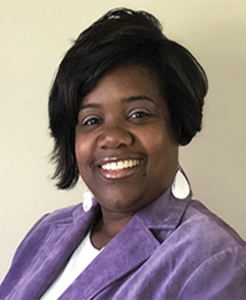 Kristi J. Kelly, Ed.D., is the chief diversity officer and director of Multicultural Student Services at Lewis University. She participated in the 2019 Lasallian Higher Education Colloquy on Racial Justice. Her research focuses on the experiences of black women in the collegiate setting through the lens of critical race theory and black feminist thought. 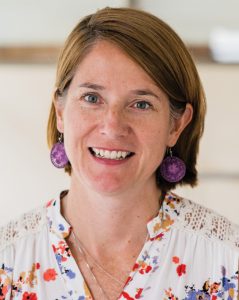 Maureen O’Connell, Ph.D., is an associate professor of Christian Ethics, Department of Religion and Theology at La Salle University. Her current research explores racial identity formation, racism and racial justice in Catholic institutions of higher education. She has authored Compassion: Loving Our Neighbor in an Age of Globalization (Orbis Books, 2009) and If These Walls Could Talk: Community Muralism and the Beauty of Justice (Liturgical Press, 2012), which won the College Theology Book of the Year Award and the Catholic Press Association’s first place for books in theology. 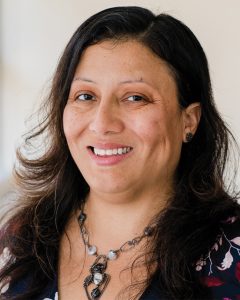 Luisa Marcela Ossa, Ph.D., is an associate professor of Spanish and area chair of the Undergraduate Spanish Program at La Salle University. Her research interests include Afro-Hispanic Literatures and Cultures, as well as the Chinese presence in Latin America. Her volume, Afro-Asian Connections in Latin America in the Caribbean (Lexington Books, November 2018), co-edited with Dr. Debbie Lee-DiStefano, explores historical, cultural and social ties between people of African and Asian descent in Latin America and the Caribbean. 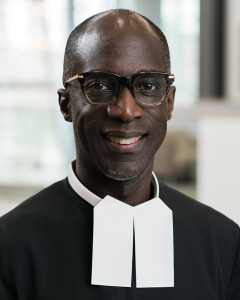 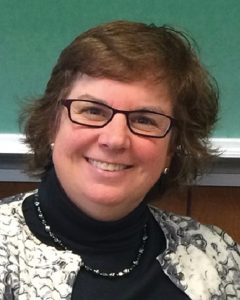 Frances Sweeney, Ph.D., serves as a professor of Spanish and vice president for mission at Saint Mary’s College of California. Recently she has helped develop the SMC Afro-Latinx/Latinx/Indigenous Peoples Committee and the Religious Diversity and Interfaith Committee. Previous to her current leadership role, Frances served as vice provost of academics, helping establish the Catholic Institute for Lasallian Social Action, and oversee the expansion of the High Potential Program for first-generation college students.

The Rule of the Brothers of the Christian Schools speaks about the Lasallian educational mission in terms of witness, service and evangelization, urged on by faith and zeal. Here we read that Lasallian educators “are led to discover the root causes of the poverty which surrounds them, and to undertake, with great determination, the promotion of justice and human dignity by their educational service.” [Rule 16.1]

Aligned with this vision of the Lasallian educational mission, each year since 2017, faculty, staff and administrators of the Lasallian Association of Colleges and Universities (LACU) have been meeting at the Lasallian Higher Education Colloquy on Racial Justice “to explore intersections between Lasallian heritage and racial justice issues on campus, ranging from hiring to curriculum to student engagement and many other such topics.” One of the aims of these colloquies is to “shape Lasallian responses to racial justice moving forward.” As part of their collaboration, participants Maureen O’Connell, Jordan Pascoe, Jeff Sable and Jack McClure created a working draft of a “Mission Mandated Lasallian Vision for Racial Justice.” It is important to note that, as indicated, the Vision is a draft and the authors have indicated that the document is a starting point. They expect it to change and evolve based on feedback from the Lasallian community.*

The dialogue also responds to the 45th General Chapter, which called on colleges and universities to “bring about greater mission effectiveness in Lasallian universities in coordination with the Districts and [Colleges and Universities] in terms of Lasallian charism, and stewardship of financial, material and human resources in aid of the Lasallian mission” and to “develop mutually beneficial projects between institutions of higher education and their District.” (Circular 469, 3.22)

The livestreaming of this dialogue on June 25 is one more step in our collective efforts to be faithful to our Lasallian educational mission.

As Bishop William J. Barber II wrote, we “have heard George Floyd cry ‘I can’t breathe’ and ‘Momma, I love you’ on the recording of his lynching in the streets of Minneapolis. We watch as crowds of people—black, white, and brown; gay, straight, and trans—have taken to the streets to cry out against systemic racism.” We know the names of Ahmaud Arbery and Breonna Taylor, Tamir Rice and Sandra Bland, and the names and faces of numerous other black and brown women, men and children killed by police officers in horrors of lethal force.

Like the Hebrew prophet Jeremiah, we must not try to heal the wounds of the people lightly and fail to recognize how the wounds of poverty demand social surgery and a strong antibiotic of truth to cleanse a septic democracy.

As Bishop Barber wrote, “The systemic racism that killed George Floyd has taken untold souls from us for over 400 years. And it is killing the very possibility of American democracy today.” We join Bishop Barber when, with indignation, we scream that this situation is all screwed up, and it has been screwed up far too long. Yet, we are not “screwed up” as long we have the consciousness and humanity to know what is justice and what is peace.

“Those of us who have faced the lethal force of systemic racism have also learned that we can be wounded healers,” wrote Bishop Barber. “We can be assuredly determined to never accept the destruction of our bodies and dreams as an acceptable reality by any police, person, or policy. We have learned that there is a force more powerful. When hands that once picked cotton have joined together with white hands and Native hands, brown hands and Asian hands, we will be able to reconstruct fundamentally this democracy.”

Christian ethics posit that racism is more than a moral and national failure; it is a sin and a test of faith. Racism is America’s original sin, enduring legacy, and current crisis. Racist attitudes and actions, along with white supremacy and privilege, destroy the lives and diminish the dignity of Black Americans and so many other people. Racism divides us, reveals our lack of moral integrity, limits our capacity to act together, denies the talents and contributions of so many, and convicts us of violating the religious principles and the national values we proclaim.

Excerpts from Bishop William J. Barber II’s Pastoral Letter to the Nation, May 31, 2020

Districts and ministries in RELAN stand united in denouncing the killing of George Floyd, calling for action and change, and taking steps to make real change happen. Read their statements, see their action plans and access resources here >