The second cohort of the Brother John Johnston Institute of Contemporary Lasallian Practice began with three gatherings by District in July 2017. This new cohort features a redesigned program, which includes a deeper focus on evangelization and an online learning component. The summer gatherings focused on the founding story of the Lasallian mission and St. John Baptist de La Salle, and how it informs us in living out the mission today.

Jill Johnson, a graphic artist at Saint Mary’s Press in Winona, Minnesota, was inspired by the founding story. She was surprised by De La Salle’s determination to overcome obstacles and open schools for children in need. 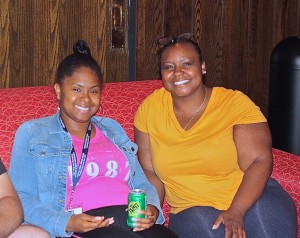 “I hadn’t known the entire history of De La Salle before, how he struggled so hard and never gave up,” she said. “It teaches us to be passionate about ourselves and why we are Lasallian. In the material day and age of today, it’s a great reminder of how he gave everything – his inheritance, his house, food – everything so that children could learn.”

Participants included 40 from the District of Eastern North America, 31 from the District of San Francisco New Orleans and 20 from the Midwest District. Adam Vincent, assistant principal at De Marillac Academy in San Francisco, California, described the energy of the program and participants as inspired and energetic. As the new academic year gets underway, he’s bringing his experience back to his ministry.

“I envision putting into practice more collaborative and proactive solutions for problem solving with our students,” he said.

Over the course of the two-year program, participants will gather six times in a mix of District and Regional gatherings, in addition to online learning. The program is designed for Lasallians (Brothers and Partners) who either exercise mission influence or who show potential for such in the future.

Michael Bulfin, coordinator of the Writing Center at Lewis University in Romeoville, Illinois, said Johnston gave him the opportunity to consider divine providence in his life. 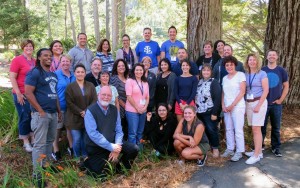 “Reflecting on that aspect of La Salle’s life was very personal as I looked at my own life and major turning points as perhaps being invitations from God calling me to other commitments I had not considered,” he explained.

For Shannon O’Laughlin, assistant principal for academic affairs at St. John’s College High School in Chevy Chase, DC, Johnston energized her by being surrounded by other positive, compassionate and passionate Lasallians who love what they do. She plans to stay connected with her fellow cohort members between in-person sessions.

“We created a Facebook page, exchanged numbers, and connected on social media to stay connected between sessions,” she said. “We also have the Schoology page.”

Schoology hosts the new online component of Johnston, which was introduced in the summer sessions and will be fully implemented during the October in-person gatherings by District. The online aspect of the program will serve as a means of continuing reflection and dialogue around session topics.

The District groups will gather as a Regional group at Lewis University in Romeoville, Illinois, July 9-13, 2018.