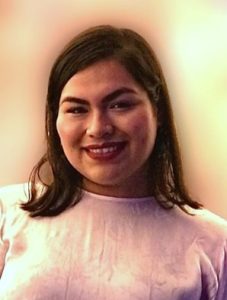 The District of San Francisco New Orleans (SFNO) has announced the appointment of Yolanda Franco as the inaugural coordinator for Beyond Borders Initiatives (BBI), effective July 1, 2022. In this role, she will help advance the call for Lasallians across SFNO to go “beyond borders” to be closer to those who live on the margins with increasing focus on the U.S./Mexico border.

Franco currently serves as a bilingual K-12 specialized services coordinator for Catalyst Maria Charter School in Chicago, Illinois. Previously, she served as immersion coordinator assistant at Saint Mary’s College of California in Moraga. As a Lasallian Volunteer from 2014-2016, she first served as a border immersion coordinator and college counselor at San Miguel High School in Tucson, Arizona, and then as a social services assistant at Serviam Gardens in the Bronx, New York.

Beyond Borders Initiatives is part of the work of the Lasallians Without Borders Committee (LWOB), which was established in 2015 as a joint venture of SFNO and the District of North Mexico to develop and conduct initiatives responding to the needs of vulnerable migrant populations.

Franco’s appointment is made possible by an increased investment in Beyond Borders Initiatives by the Lasallian Region of North America (RELAN). The coordinator for Beyond Border Initiatives is a three-year pilot position overseen by SFNO and funded by RELAN.