The Brothers: Promoters of Public High School Teaching in Québec 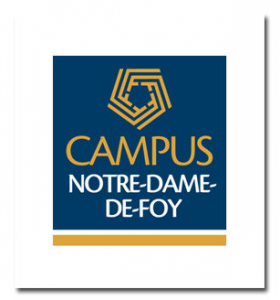 The contributions to education in Québec, Canada, made by the De La Salle Christian Brothers and other religious congregations were honored in a symposium held in Québec City. The Brothers Educators (1920-1965): Promoters of Public High School Teaching in Québec was held May 21 on the campus of Collège Notre-Dame-de-Foy to mark the 50th anniversary of the establishment of the current Québec Education Ministry in 1964.

A few De La Salle Christian Brothers attended the event that was organized to salute the creative role the Brothers played in the development of quality public education, especially in high schools, in Québec, mainly in larger cities like Montréal, Québec City, Trois-Rivières, and Sherbrooke. Many of them were outstanding teachers, principals and, in some cases, university schools’ deans.

Collège Notre-Dame-de-Foy, which will celebrate its 50th anniversary in 2015, is a post-high school teaching establishment co-founded by five Congregations of Brothers in 1965: the De La Salle Christian Brothers, the La Mennais Brothers, the Sacred-Heart Brothers, the Marists Brothers, and the Marianists Brothers and Priests.

Read more about education in Québec and contributions of the Brothers >