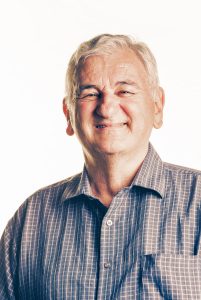 Brother Michael, from the Midwest District, has previously served as an Institute staff member and director of the International Lasallian Center (CIL) for many years.

“Brother Michael French brings to the Novitiate community a wealth of Lasallian global experience, having served the international Institute’s CIL programs and in consulting and retreat work with many of our Districts around the world,” Brother Steven shared.

Prior to this novitiate year, each novice has been in postulancy for at least two years, lived in community, served in Lasallian ministries and attended retreats for Brothers in initial formation. They will each receive the religious habit of the Brothers of the Christian Schools within their District prior to the novitiate opening. 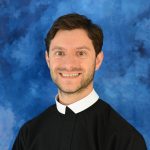 Brother Matthew Chiantella currently serves at Saint Mary’s College High School in Berkeley, California, teaching history and assisting with student activities. A native of New Orleans, Brother Matt holds a bachelor’s degree in classical studies with a minor in history from Tulane University. He served at De La Salle High School in New Orleans for the past few years where he taught Latin, coached cross country, and assisted with student activities. Prior to De La Salle, he taught for five years at Riverdale High School in New Orleans. 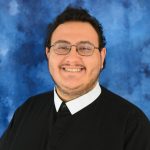 Brother Halen Gamino currently teaches math and assists with campus ministry at Cathedral High School in El Paso, Texas. He is a 2020 graduate of Saint Mary’s College of California (SMC) and is originally from Fresno, California, where he attended San Joaquin Memorial High School. He holds a bachelor’s degree in liberal arts (integral program) with a minor in philosophy. Brother Halen joined the contact program in 2019 after getting to know the Brothers at SMC and being encouraged by their accompaniment. In 2020,  Halen lived in community and served in the summer school program at Cathedral High School in Los Angeles. 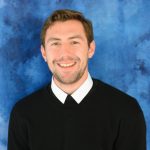 Brother Carter Powers currently lives in the Joseph Alemany Community with the Brothers at Saint Mary’s College of California. He teaches freshman and senior religion at De La Salle High School in Concord. Originally from Salt Lake City, Brother Carter grew up in Beaverton, Oregon. He is a graduate of New Mexico State University with a degree in history and a minor in religious studies. He met the Brothers at Cathedral High School in El Paso while coaching cross country. Through their encouragement and support, he found himself drawn to discerning a vocation with the Brothers.

Generally, the novitiate experience will begin with novices making an interior journey in the first part of the year, which will include readings, spiritual direction and conferences on topics such as the Enneagram and Myers-Briggs as tools for growth. The later part of the novitiate focuses on religious life through the Rule, educational topics in the Lasallian tradition and other contemporary Lasallian themes. At the conclusion of the year, the novices will request to make first vows, formally called temporary profession.

“Both Brother Michael French and I are happily anticipating the beginning of the Novitiate,” said Brother Steven. “It is truly inspiring that the spirit and charism of Saint John Baptist de La Salle continues to call young men to Brotherhood and educational ministry.”

Please pray that Brothers Matthew, Halen and Carter be open to the call of God in their lives during their novitiate year.