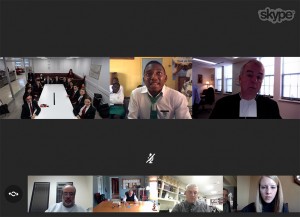 In a first-of-its-kind effort, twinned schools in the Lasallian Region of North America (RELAN) and the Lwanga District in Africa connected over Skype. This was the first time all RELAN schools twinned with the same Lwanga school connected at the same time. Students and faculty at the five RELAN schools twinned with Mount La Salle College in Naka, Nigeria, Skyped with Mount La Salle for approximately one hour on December 7, 2016.

After praying together, Mount La Salle shared details on what life is like in Naka and what a typical school day includes. Then, students and twinning coordinators from each school had the opportunity to ask and answer questions, including sharing information on extra-curricular activities and service projects. 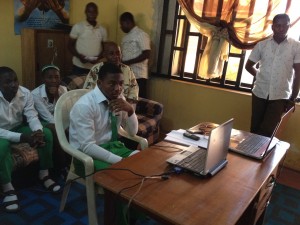 “We are happy to know that people think about us. The Lasallian family is indeed a family to belong to,” Udubbu Hezekiah and Uuma Patricia, Mount La Salle students, commented after the Skype. “We are challenged by this chat to always be of service to others in our society.”

“I thought it was extremely interesting to learn what life was like in a school in Africa,” said Spencer Frome, an 11th grade student at St. Joseph’s Collegiate Institute. “It was amazing that we could bring so many Lasallian schools that are so far away from each other together and be able to talk with each other.” 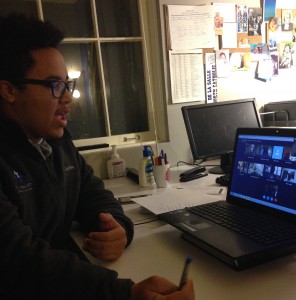 “It was very enlightening to see communities outside of my school that relate to this Lasallian mission,” said Taji Chesimet, a ninth grader at De La Salle North Catholic.

To connect with the RELAN schools, Mount La Salle used a laptop with an internet connection from a mobile phone and bought data for two phones in case the connection failed on one. The school used a generator for electricity since a public power supply was not available.