Distinguished Lasallian Educators (DLE) were honored during the opening session of the 49th annual Huether Lasallian Conference on Thursday, November 17, 2022. The DLEs represent the Districts of Eastern North America, Francophone Canada, Midwest and San Francisco New Orleans. Recipients were selected by their ministries and recognized for their exceptional work in touching the hearts and minds of their students, often leaving a lasting impression that makes a difference in the world.

Also during the opening session, Brother Robert Schieler, FSC, was honored with the Brother John Johnston, FSC Award for his significant contributions to the Lasallian mission as Superior General (2014-2022) and beyond. Read about the Johnston Award > 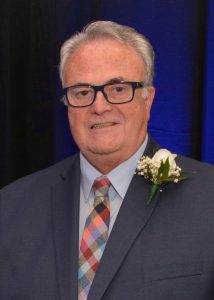 Whether serving in various teaching and administrative roles at St. Peter’s Boys High School or as the executive director of The De La Salle School, Bill’s constant focus has been on building Lasallian communities where all are welcomed and valued. Bill’s essence is summarized beautifully by The De La Salle School’s principal, “His Christ-centered leadership and commitment to his work exemplify authenticity, passion and purpose. He serves with his heart, bringing insight and wisdom while inspiring staff, teachers and students to use the gifts God has given each of them.” His prophetic voice consistently challenges colleagues to focus attention on the young people on the periphery.

“I’m surprised and humbled. It is a tremendous honor. I think my Lasallian family is really the most important of all. It’s been a wonderful 29-30 years involved with the Lasallian community. I believe that Saint John Baptist de La Salle would be very proud of The De La Salle School. I tell my staff everyday they’re doing God’s work, and you see it in the eyes and in the faces of the kids. It really is an award for all of them. Without them, none of us would be there. So, kudos to them.” 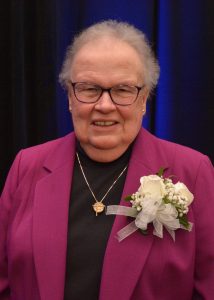 Sister Jeanne’s vision and zeal to serve the poor through the ministry of education has firmly established La Salle Academy in Philadelphia as a school where students’ talents grow and dreams flourish. La Salle Academy’s board chair describes her as one who “knows the way, goes the way and shows the way!” She inspires everyone at La Salle Academy with one of the maxims of the Sisters of St. Joseph, “Be ready for any good work.” After much prayer and reflection, Sister Jeanne has decided this school year will be her last as president. A longtime colleague captured perfectly the significance of this moment, sharing “Sister Jeanne’s legacy is the memories that live in the hearts of all those who have been entrusted to her care.”

“It’s been an honor for me to be part of the Lasallian family for the past 20 years. I will always have it with me. It’s part of who I am, and it’s part of who we’re becoming.” 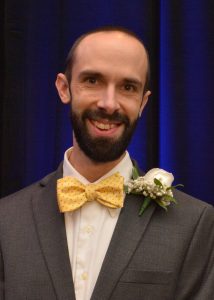 Luke Ribaudo has faithfully devoted more than 12 years to Christian Brothers Academy in Syracuse, showing his commitment to both building up and expanding the Lasallian community. His classroom is a haven for students to find “kindness, encouragement and true support.” Through the Brothers Bounty program operated out of Luke’s classroom, students who experience food insecurity know that a snack and a welcoming presence are always available. As a master teacher, Luke’s science lessons inspire passion within his students and connect reason to faith. To quote CBA’s president, “Luke faithfully lives the Gospel message each day in his classroom by modeling the teachings of Jesus to his students.”

“I’m humbled, most of all. I did not expect anything like this. I’m telling everybody at home that I’m just trying to do my best. I feel like I’m carrying on what Jesus originally instructed for us, to proclaim the gospel message but also to care for those that are in need.” 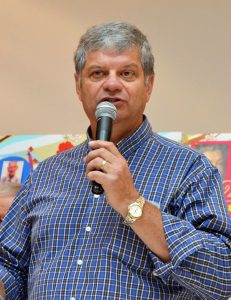 Paul Foisy is a Lasallian educator who served for nearly 37 years at Villa des Jeunes, a Lasallian retreat center that welcomes more than 200 schools and parish groups per year from all around the greater Québec City area. Paul has, through his dedication, creativity and great trust in God, contributed to the development and influence of this center. He first worked as an educator and then as a director. His deep commitment to the Lasallian family led him serve not only at Villa des Jeunes, but also in various mission committees of the District of Francophone Canada. Now retired, he continues to serve his community and promote the encounter with Jesus Christ. 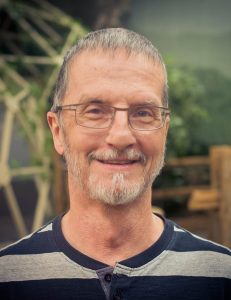 Yves Gaudreault has been serving at Villa des Jeunes as a Lasallian educator for 38 years. Blessed with an innate talent for facilitating educational activities, he knows how to capture attention through his approach, stories and pedagogical tools. Following in the footsteps of Saint John Baptist de La Salle, he identifies the needs of young people and always gives priority to the most vulnerable. Thanks to his zeal, great creativity and faith in Jesus Christ, he is constantly renewing himself in order to offer the many groups that attend the retreat center a welcoming, inclusive and loving environment. He is a role model for the new generation of educators who work with him at Villa des Jeunes. 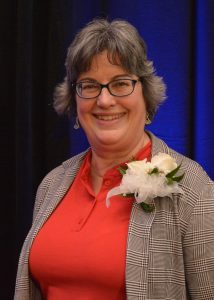 Now in her 20th year at Lewis University, Dr. Deborah Augsburger, professor of reading and literacy, has been described as a visionary, imaginative and creative master teacher who cares deeply about her craft. She is upbeat and joyful, but down-to-earth and realistic, meeting students and colleagues where they are. She is a keen listener and gifted dialogue partner. She is outspoken, compassionate and authentic. Most importantly, she cares about our Lasallian mission and ensures that it thrives and is integrated into all that she does. Citing I Corinthians, one colleague shared, “Most of all, her compassion, concern, authenticity and passion for truth bring the educator and Lasallian to embodiment in a remarkably loving human being.”

“I was stunned and surprised. It’s very meaningful. I’ve been working in a Lasallian school for 20 years and engaged in mission for a good 18 of those 20. What really attracted me to it was the focus on social justice. As a literacy educator, that’s right up my alley. It means a tremendous amount to be honored this year.” 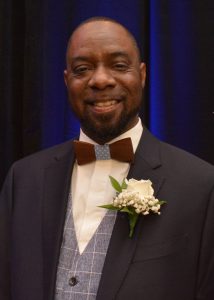 In his six years at Christian Brothers College High School, Phillip Stapleton has taught a variety of science, technology, engineering and math (STEM) classes and is in his first year of a new role as educational technology coordinator. His contributions to the school community, however, extend far beyond any specific role he may be assigned. No matter the task, Phillip is a model of kindness, compassion and zeal for Lasallian educators everywhere. Always quick to selflessly lend his time and considerable talents in the service of students and colleagues alike, Phillip is, in the words of a fellow teacher, “a gift that helps us all realize the Lasallian ideal.”

“There is saying that I kind of think fits, and that is ‘food for the soul.’ I kind of feel like that’s what this means for me. As people, as educators, we all need to feed our soul, and it’s opportunities like this that I feel like do that.” 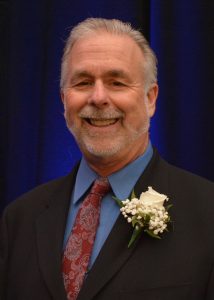 Terry Eidson is in his 41st year as an educator at De La Salle High School in Concord. He has served in roles such as a teacher, club moderator, coach and program director. Terry currently teaches religious studies and serves as the Bishop John S. Cummins Scholarship Program Assistant. In describing his approach with students, Terry shared, “Part of what I bring out in students is to be open, honest and vulnerable in a classroom without feeling at-risk. As an adult male, I model how to show emotion, talk about the word ‘love,’ show vulnerability and learn from mistakes.”

“It’s very humbling to get this honor. Being at De La Salle High School in Concord, some people like to call the teaching profession a job. I see it more as a vocation, and I’ve just been blessed to be at the school for 41 years and to teach some very inspiring young men throughout these years. Also, it’s been great to have my wife by my side almost my entire teaching career. She’s been very supportive, and I couldn’t have won this award or stayed in the business as long as I did without her.”