Two longtime Lasallian professors and scholars from Saint Mary’s University of Minnesota were honored with the Brother John Johnston, FSC Award for their significant contributions to the Lasallian mission on Saint Mary’s campus and beyond. 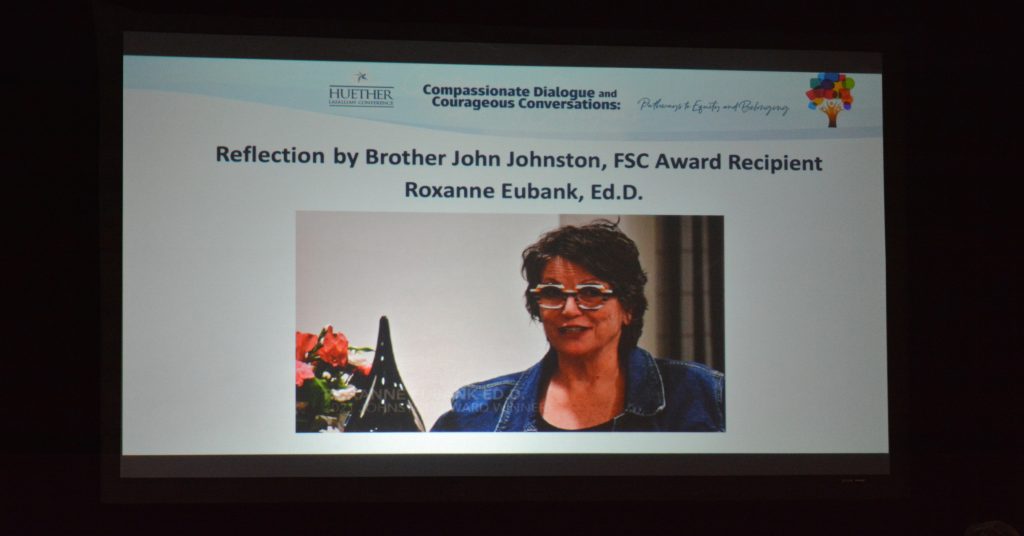 Roxanne Eubank, Ed.D., and Mary Catherine Fox, AFSC, Ph.D., were celebrated during the opening session of the Huether Lasallian Conference on Thursday, November 18, 2021, in Baltimore, Maryland. Established by the former Regional Education Board in 2009, the Johnston Award is now presented by the Lasallian Education Council (LEC). It was named in honor of Brother John, the 25th Superior General of the Brothers of the Christian Schools, for his uniquely significant lifetime contribution to the Lasallian mission. Eubank and Fox were the first women to be honored with this award. Eubank was unable to attend the event but shared a video message that participants viewed during the closing session.

Eubank served at Saint Mary’s University of Minnesota for 30 years in a variety of roles, including as director of the Institute for Lasallian Studies and faculty member in the Ed.D. program. She is a pioneer in scholarly research on women in the Lasallian story and fosters research by others on this topic. Among her many contributions to her university and beyond, Eubank led the International Association of Lasallian Universities (IALU) Leadership Program for many years, co-founded AXIS: Journal of Lasallian Higher Education and founded the International Lasallian Research Symposium, which is co-sponsored by Christian Brothers Conference. She has served Regional programs as a presenter at the Huether Lasallian Conference and the Buttimer Institute of Lasallian Studies, along with helping to design the Brother John Johnston Institute of Contemporary Lasallian Practice. She was a participant in the Region’s first Lasallian Women’s Symposium and the 2nd International Mission Assembly, both held in 2013. The Midwest District honored her as a Distinguished Lasallian Educator in 2012.

“I am so honored to receive the John Johnston Award,” Eubank shared. “I want to thank the Christian Brothers for inviting me to join them in this mission. I have learned so much by watching them live the mission. I also wish to thank the LEC for this recognition. They do heavy lifting for the Region and have my never-ending respect. I would be amiss if I didn’t recognize the Lasallian women around the world. I have listened to their stories and witnessed their sacrifices and strength. They have inspired me to dig deeper, reach higher and continue my work to tell their stories and the stories of the women who have gone before.” 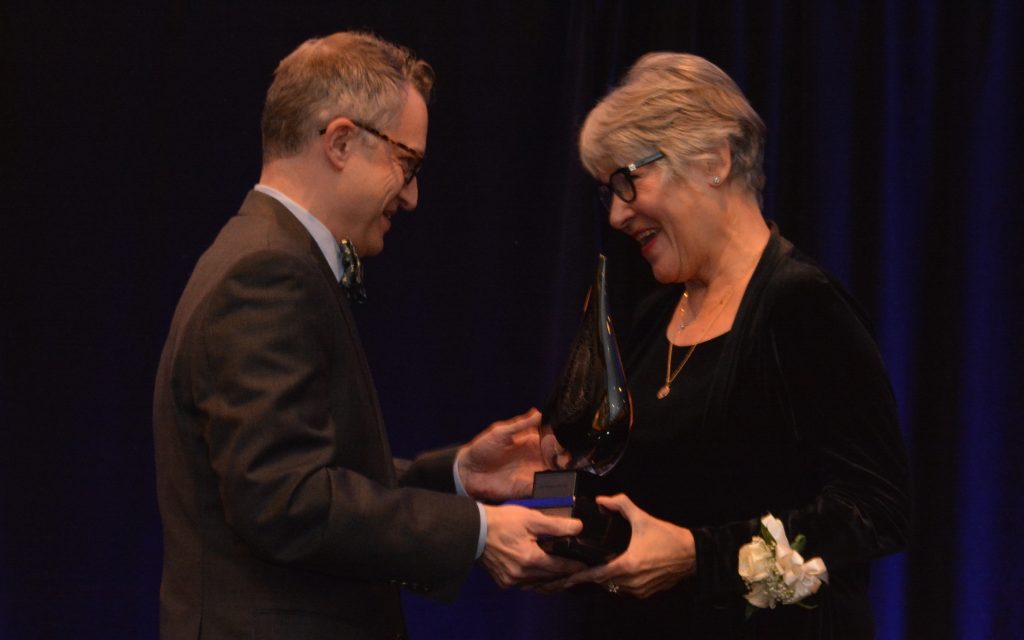 Fox, an alumna of Saint Mary’s, returned to the university in 1990, where she served for 28 years in a variety of roles, including service as the first dean of the School of Business, Computer Science and Media Communications, vice president of University Relations, and professor in Interdisciplinary Studies. She currently serves as professor emerita at Saint Mary’s and on the Lewis University Board of Trustees. Among her many contributions beyond her university, Fox served the Midwest District over many years through District Chapters and Assemblies and on the District Council, served as a delegate to the Regional Assembly in 2005 and to the International Assembly on Association in 2006, and taught for many years in the International Association of Lasallian Universities (IALU) Leadership Program. The Midwest District honored Fox as a Distinguished Lasallian Educator in 2013, and she was recognized as an Affiliated De La Salle Christian Brother in 2014.

“This honor not only touches us beyond words, but also honors the many Lasallian women across the globe on whose shoulders we stand, on those serving our mission now, and on the generations who will follow us,” shared Fox.

Read more about Eubank and Fox > 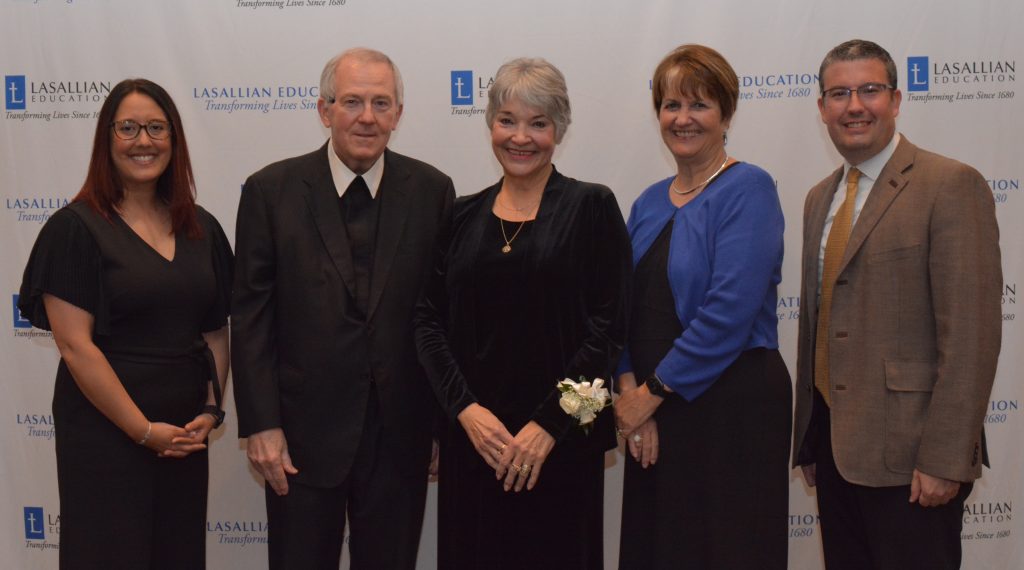 The Johnston Award recognizes Brothers and Lasallian Partners who, like Brother John, have endeavored on the international or Regional levels over the course of many years to advance the Institute’s mission to provide a human and Christian education to the young, especially the poor. It is presented to those whose leadership, teaching, evangelization or scholarly research and writing have borne witness to an abiding faith and zeal, and whose efforts have had a transformative impact upon the founding story as lived today.