Longtime SMUMN Educators to be Honored with Johnston Award

Two longtime Lasallian professors and scholars from Saint Mary’s University of Minnesota will be honored with the Brother John Johnston, FSC Award for their significant contributions to the Lasallian mission on Saint Mary’s campus and beyond.

Roxanne Eubank, Ed.D., and Mary Catherine Fox, AFSC, Ph.D., will be celebrated during the opening session of the Huether Lasallian Conference on Thursday, November 18, 2021, in Baltimore, Maryland. Established by the former Regional Education Board in 2009, the Johnston Award is now presented by the Lasallian Education Council (LEC). It was named in honor of Brother John, the 25th Superior General of the Brothers of the Christian Schools, for his uniquely significant lifetime contribution to the Lasallian mission. Eubank and Fox will be the first women to be honored with this award. 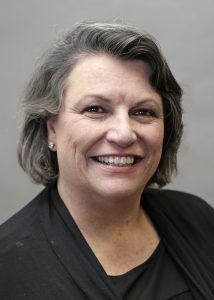 Eubank served at Saint Mary’s University of Minnesota for 30 years in a variety of roles, including as director of the Institute for Lasallian Studies and faculty member in the Ed.D. program. She is a pioneer in scholarly research on women in the Lasallian story and fosters research by others on this topic. Among her many contributions to her university and beyond, Eubank led the International Association of Lasallian Universities (IALU) Leadership Program for many years, co-founded AXIS: Journal of Lasallian Higher Education and founded the International Lasallian Research Symposium, which is co-sponsored by Christian Brothers Conference. She has served Regional programs as a presenter at the Huether Lasallian Conference and the Buttimer Institute of Lasallian Studies, along with helping to design the Brother John Johnston Institute of Contemporary Lasallian Practice. She was a participant in the Region’s first Lasallian Women’s Symposium and the 2nd International Mission Assembly, both held in 2013. The Midwest District honored her as a Distinguished Lasallian Educator in 2012.

Speaking to Eubank’s commitment to the Lasallian mission, Brother Louis DeThomasis, FSC, Ph.D., longtime president and chancellor at Saint Mary’s, noted, “From my very first encounters with Roxanne until this day, I have admired and have been amazed by how she so clearly makes real our beloved Lasallian refrain to ‘teach minds and touch hearts.’ Her students consistently share reflections about Roxanne’s patience, caring and warmhearted style that she brings as she accompanies them on their learning journeys. Her faculty colleagues seek out her advice and counsel as how to better reflect Lasallian values with their students.”

Brother William Mann, FSC, former Saint Mary’s president, described Eubank as a “worker, initiator and servant leader. Her loyalty, humility, self-sacrifice and dedication to the deepening and furthering of the Lasallian educational mission is remarkable.” 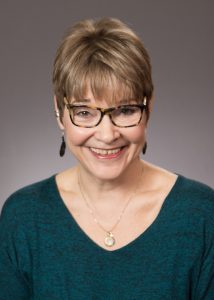 Fox, an alumna of Saint Mary’s, returned to the university in 1990, where she served for 28 years in a variety of roles, including service as the first dean of the School of Business, Computer Science and Media Communications, vice president of University Relations, and professor in Interdisciplinary Studies. She currently serves as professor emerita at Saint Mary’s and on the Lewis University Board of Trustees. Among her many contributions beyond her university, Fox served the Midwest District over many years through District Chapters and Assemblies and on the District Council, served as a delegate to the Regional Assembly in 2005 and to the International Assembly on Association in 2006, and taught for many years in the International Association of Lasallian Universities (IALU) Leadership Program. The Midwest District honored Fox as a Distinguished Lasallian Educator in 2013, and she was recognized as an Affiliated De La Salle Christian Brother in 2014.

“Dr. Mary Fox, AFSC, has completely embraced and has been embraced by the charism that animates our significant mission of the human and Christian education of youth, especially the poor,” shared Brother Michael Fehrenbach, FSC, Midwest District Visitor. “Her service to the Midwest District, the Region and the international Institute has been incredibly valuable to individual ministries, as well as the global mission. We treasure her presence and her ministry.”

Father James P. Burns, IVD, Ph.D., Saint Mary’s president, congratulated Eubank and Fox and acknowledged their significant work, writing, “They each have made a unique contribution to the Lasallian mission, thereby influencing the lives of so many, especially students.”

Calling them “exemplary Lasallian educators,” Brother Superior General Robert Schieler, FSC, wrote, “Their professional lives are dedicated to improving the lot of others by witnessing to the Gospel and providing them with holistic formative and academic experiences. In addition to their duties at Saint Mary’s University of Minnesota, Mary and Roxanne have been assiduous in modeling and describing the Lasallian charism and heritage to countless Lasallian educators around the world.”

The Johnston Award recognizes Brothers and Lasallian Partners who, like Brother John, have endeavored on the international or Regional levels over the course of many years to advance the Institute’s mission to provide a human and Christian education to the young, especially the poor. It is presented to those whose leadership, teaching, evangelization or scholarly research and writing have borne witness to an abiding faith and zeal, and whose efforts have had a transformative impact upon the founding story as lived today.

“Mary Catherine and Roxanne have, in their own ways, deeply impacted the growth and appreciation of the Lasallian mission both in RELAN and throughout the Institute,” said Dr. Kurt Schackmuth, LEC chair and vice president for mission and associate provost for student success at Lewis University. “Their leadership and dedication to Lasallian education, Lasallian formation and to the Institute of the Brothers of the Christian Schools is truly noteworthy.”