The final morning of the 46th Huether Lasallian Conference, themed “Living the Lasallian Mission: Celebrating with Zeal,” included an address by Brother Superior General Robert Schieler, FSC, and a celebration of the 30th anniversary of Lasallian Volunteers. 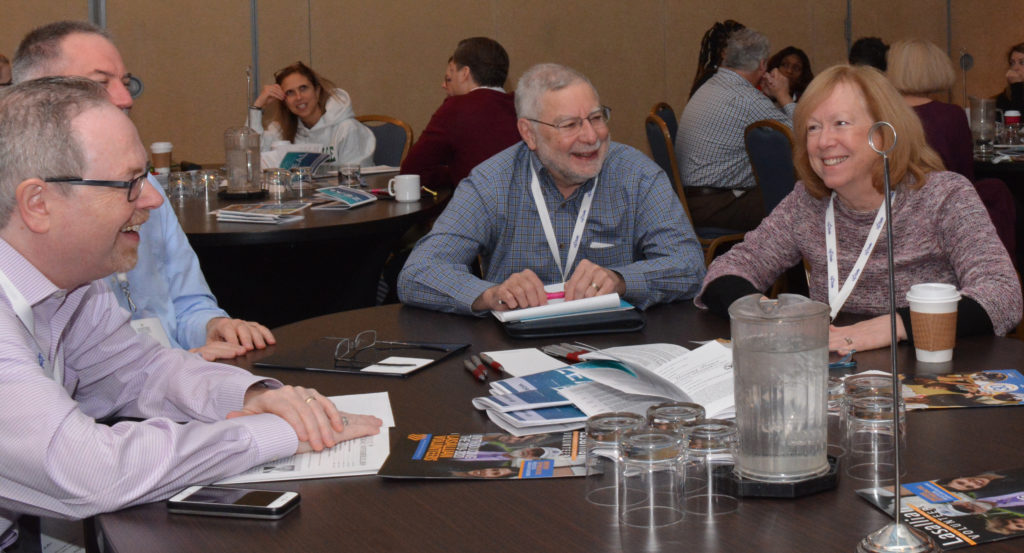 In Brother Robert’s address, he told attendees that being a “lifetime Lasallian” is to see how one’s zeal for creating a more compassionate and just world is not limited to active participation in the scholastic dynamic. After the address, which was sponsored by Christian Brothers Services, Brother Robert answered questions about more women in leadership positions, the Lasallian ministry’s role in the Church, advocacy in regards to human rights, and more.

“I was inspired by the idea of thinking about how we’re living our association, especially thinking about what we can do to push our boundaries a little bit to get outside of our comfort zone to try new things and meet needs,” said Brother Dylan Perry, FSC, theology faculty member at DeLaSalle High School in Minneapolis.

Brother Robert has a long history with the Huether Conference, having served in Regional capacities over several decades.

“For me it’s been a very good experience to be back at the Huether Conference,” Brother Robert shared. “It continues to have a very important impact and a very important formation opportunity—especially first-time formation for new teachers coming into the Lasallian world. You have people who come back year in and year out, but so many are first-timers and it’s their introduction to the Lasallian world. That’s why it’s so important that these programs exist and maintain a quality that responds to people’s interests in terms of what they’re doing in the classroom or in their educational center or with their students and clients each day.” 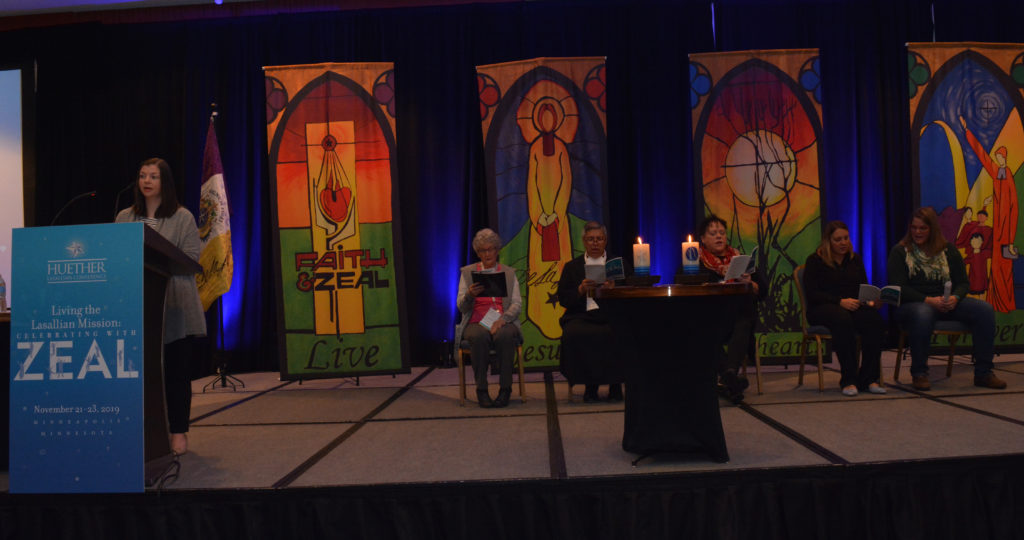 Following Brother Robert’s address, attendees gathered for table conversations, while Lasallian Volunteers hosted a 30th anniversary alumni panel and conversation, which featured alumni reflecting on their experiences as LVs and what they brought with them. The morning’s prayer paid tribute to Lasallian Volunteers and included a reflection by an alum.

First-time Huether attendee Becca Hulick, LV 15-17, said there are many ways her time as an LV prepared her for her current role as a counselor at St. Michael’s High School in Santa Fe, New Mexico.

“The biggest thing I got out of the program was how to be humble—I learned that from the Brothers—and to be patient because working with kids you have to have that patience and that humbleness and really see the kids for the whole person,” said Hulick.

The conference will conclude Saturday evening with a Mass followed by a reception honoring Distinguished Lasallian Educators from each District, along with the Brother John Johnston, FSC Award honoree, the late Brother Jeffrey Calligan, FSC.

Huether, hosted by the Office for Lasallian Education at Christian Brothers Conference in Washington, D.C., is taking place at the Minneapolis Marriott City Center November 21-23, 2019.  Huether will heading to Baltimore, Maryland in 2020. Follow the highlights using #Huether2019 Facebook and Twitter.