The Buttimer Institute is designed to inspire participants to delve more thoroughly into the Lasallian founding story and discover the basis of their vocation as educators. The program also seeks to deepen the participants’ association for the Lasallian mission and provide skills to become catalysts in their own ministries. The Buttimer Institute is a three-year program. Courses are conducted for three consecutive summers, in two-week durations.

Started in 1984, the Buttimer Institute is named in honor of Brother Charles Henry Buttimer, FSC (1909-1982), the first American—and the first non-French Brother—Superior General of the Brothers of the Christian Schools (1966-1976).

See photos from the 2022 Buttimer Institute > 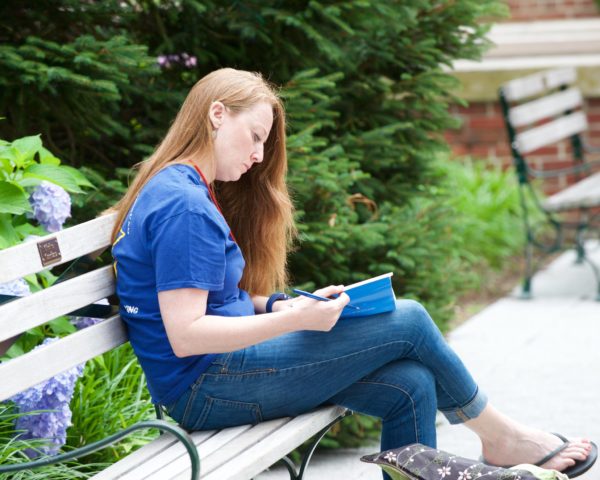 Want to learn more about Buttimer? Contact Sarah Laitinen, director of education and formation, at slaitinen@cbconf.org or 202-529-0047 x109.

“Words cannot describe the experience you receive at Buttimer. It’s more than a learning experience. It is a joyful feeling, a spark of passion, and a family-forming community. You leave feeling on fire to return to your ministry.”

Buttimer Participants ‘On Fire’ with Inspiration for the Lasallian Mission (July 25, 2014)