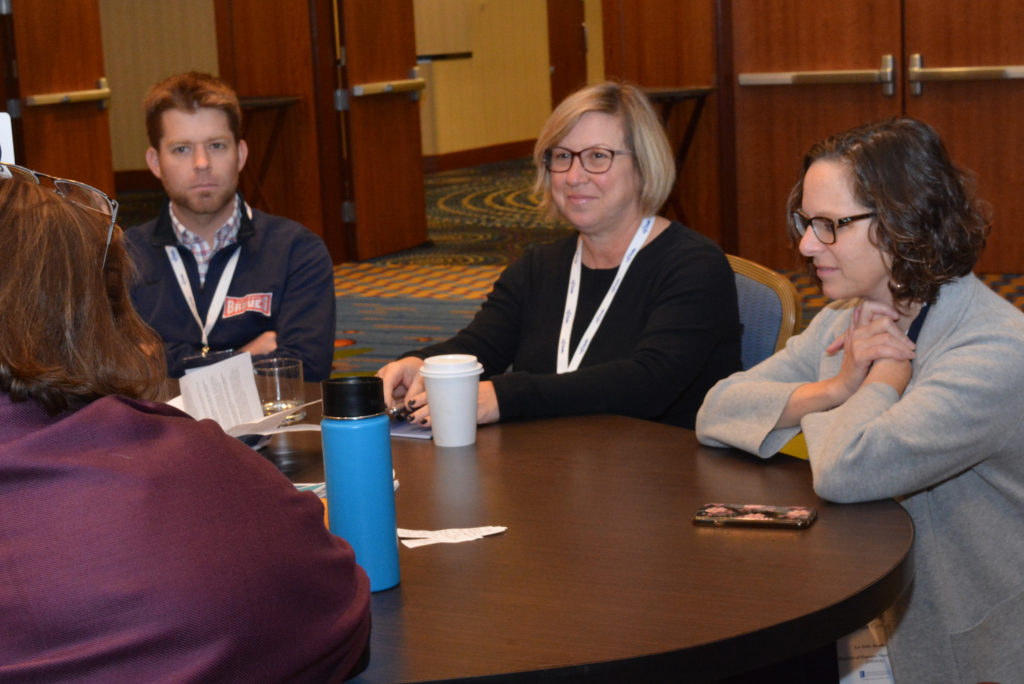 The 46th annual conference, themed “Living the Lasallian Mission: Celebrating with Zeal,” began with an opening celebration on Thursday, November 21 that featured performances, reflections and videos by students. Keynote speakers John Donahue-Grossman, inspirational storyteller, and Brother Robert continued the message of zeal during their addresses on Friday and Saturday, respectively. 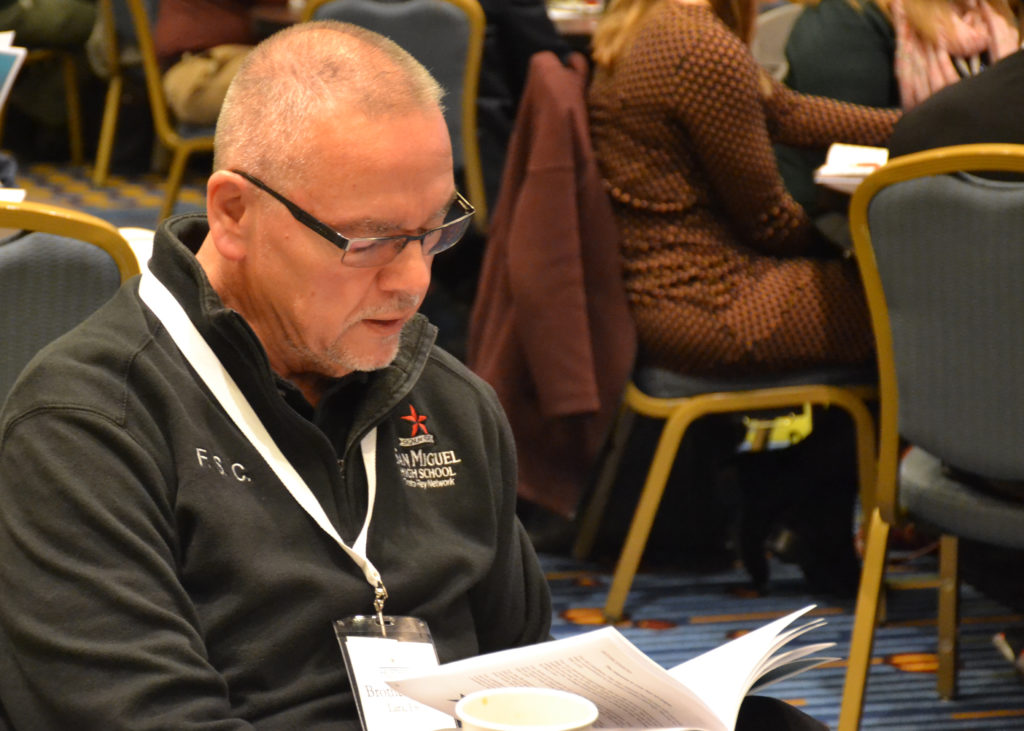 “One of my biggest takeaways is that I’m seeing a lot of young faculty members here that are bringing the Lasallian vision, Lasallian identity, Lasallian education back to our schools,” said Brother Jesús Lara, FSC, vice principal for Discipline and Student Life at San Miguel High School in Tucson, Arizona. “Taking back to my school zeal and faith, I think it’s woken me up a little bit to be more active in the community, be more active with our students, be more active in inviting our students to become Brothers too and hopefully to become teachers.” 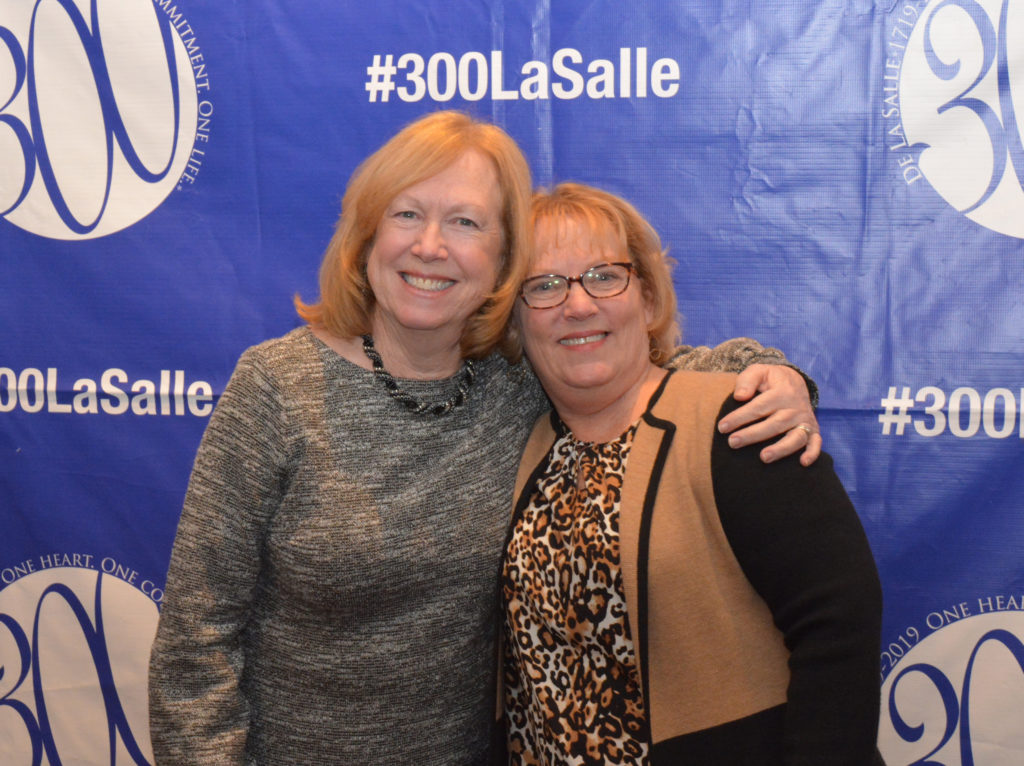 “At this time of the year in higher education, coming up on finals, students are really stressed, the pace is relentless, and to be reminded of the importance of zeal and having energy,” laughed Ward-Gaus. “Energy and enthusiasm for the mission, for the work that we do, I think is really important. The presentations have been the balance between being prayerful with colleagues and then also stimulated to think outside of our siloed experience about the bigger mission has been really important.”

Brother Gerard Rummery, FSC, Lasallian scholar from the District of Australia, New Zealand, Pakistan and Papua New Guinea (ANZPPNG), who attended Huether for the first time, also felt the focus on zeal had an impact.

“That, to me, is a very, very important motif which then goes through everything that’s being done, everybody speaks to this idea of zeal,” shared Brother Gerard. “It’s a very Lasallian idea of zeal because often the word De La Salle uses, in English, we say ‘ardent zeal,’ but the word in French literally means ‘burning,’ which is a much stronger concept when you think about it.” 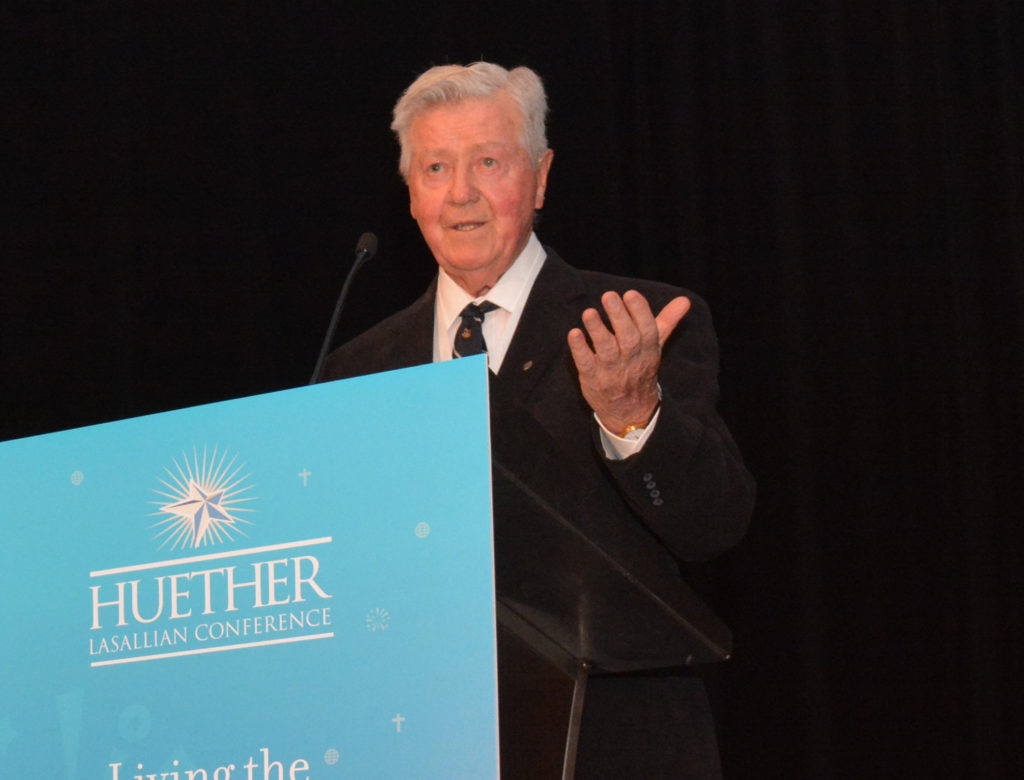 Brother Gerard attended Huether to present a posthumous award in honor of his longtime friend and colleague Brother Jeffrey Calligan, FSC. Brother Jeffrey, from the District of San Francisco New Orleans (SFNO), taught in the Buttimer Institute of Lasallian Studies for 30 years and had an impact on many through his contributions in the SFNO District, Regionally and internationally. Brother Jeffrey was remembered with the Brother John Johnston, FSC, Award at the Distinguished Lasallian Educators Banquet, which also honored outstanding educators in RELAN. From the District of Eastern North America: Charles “Skip” Gaus, AFSC, Dr. Rhonda Hazell and Carol Soltys; from the Midwest District: Alisa Macksey and Lou Anne Tighe; and from the SFNO District: James Broadous II and Joey Scaffidi, AFSC.

The Huether Conference welcomed participants of the 7th World Congress of the Association of Lasallian Alumni (UMAEL) to portions of the gathering. UMAEL took place across the street from Huether, marking the 25th anniversary of UMAEL and the first time the international gathering had been held in the United States. Huether also paid tribute to the 30th anniversary of Lasallian Volunteers during Saturday morning’s prayer. LV also held an alumni panel and conversation on Saturday.

Huether is hosted by the Office for Lasallian Education at Christian Brothers Conference in Washington, D.C. See more highlights on Facebook and Twitter by searching #Huether2019.