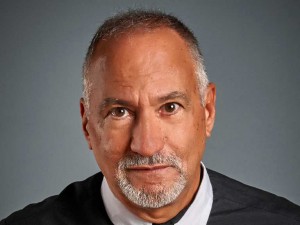 Brother Augustine Nicoletti, FSC, will serve as president of the Ethiopian Catholic University of Saint Thomas Aquinas in Addis Ababa, Ethiopia, for which the Institute of the Brothers of the Christian Schools is assuming administrative responsibility. Brother Augustine most recently served an associate professor of education at Manhattan College in Riverdale, New York.

Brother Superior General Robert Schieler, FSC, announced the appointment of Brother Augustine following a two-year period of discernment, which began when Berhaneyesus Demerew Cardinal Souraphiel, C.M., invited the Institute to assume administrative responsibility of the university. In response to the invitation, Brother Robert engaged the International Association of Lasallian Universities (IALU) to explore the feasibility of accepting administrative responsibility.

Brother Augustine holds doctorates in ministry and adolescent spirituality from San Francisco Theological Seminary and in educational leadership from Saint Mary’s University of Minnesota. He has served in teaching and administrative roles in secondary schools and higher education in the United States. He has also served in ministries in Jamaica, Kenya and Namibia.

“Given the quality of his experiences, his intellectual and administrative abilities and his deep commitment to his vocation as a Brother of the Christian Schools, I am confident that Brother Augustine will lead and develop the Ethiopian Catholic University as it becomes a sign of Christian hope and a center of human and Christian tertiary education for the people of Africa,” said Brother Robert.