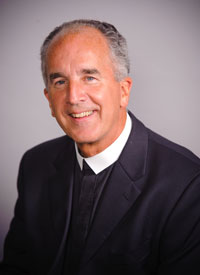 A Brother for 45 years, Brother Dennis headed De La Salle Vocational School in Bensalem, Pennsylvania, for 11 years (1989-2000) and served as executive director of the St. Gabriel’s System, a division of Catholic social services, for the Archdiocese of Philadelphia (2000-2007), which is part of the Lasallian Association of Youth and Family Services (LAYFS). Brother Dennis also served as Visitor of the legacy Baltimore District (2007-2009) and two terms as the first Visitor of the District of Eastern North America (2009-2017). Brother Dennis is currently in Europe on special assignment from Brother Superior General Robert Schieler, FSC, serving the District of Ireland, England and the Island of Malta.

Brother Dennis will succeed Brother Thomas Gerrow, FSC, who has served as president at La Salle Academy for the past eight years.