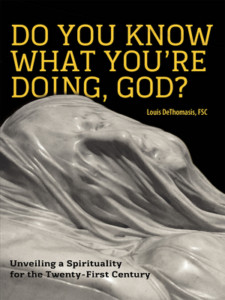 Brother Louis DeThomasis, FSC, has released a new book, Do You Know What You’re Doing, God? Unveiling a Spirituality for the Twenty-First Century. The book aims to challenge the very nature of belief in the modern world and how human beings can practice an authentic spirituality in the 21st century. His newest book is aimed specifically at Roman Catholics, but it will appeal to seekers of all Christian denominations, all faiths, and all those searching for a faith that makes sense to them today.

Brother Louis is also the author of Flying in the Face of Tradition: Listening to the Lived Experience of the Faithful (2012), Dynamics of Catholic Education: Letting the Catholic School Be School (2013) and All Things to All People: A Catholic Church for the Twenty-First Century (2016).

Order Do You Know What You’re Doing, God?
Hardcover >
Paperback >